The Offshoring of U.S. Jobs Increased on Trump's Watch [feedly]

The Offshoring of U.S. Jobs Increased on Trump's Watch
https://www.bloomberg.com/news/newsletters/2020-10-22/supply-chains-latest-the-hard-data-on-trump-s-offshoring-record

President Donald Trump's great economic promise in the 2016 elections was to stop the offshoring of American jobs. So has it worked?

That's not an easy question to answer. Companies tend not to loudly announce when they shut down a factory or office in the U.S. and move production and jobs overseas. Particularly in the days of Trump tweets.

But there is one fairly good barometer in the data kept by the U.S. Department of Labor on applications for Trade Adjustment Assistance, the federal aid program for workers dislocated by the effects of trade. Those petitions importantly can be filed by workers and local government officials as well as firms. They are all investigated and certified by the Labor Department, which tries to establish to which country the jobs are heading. 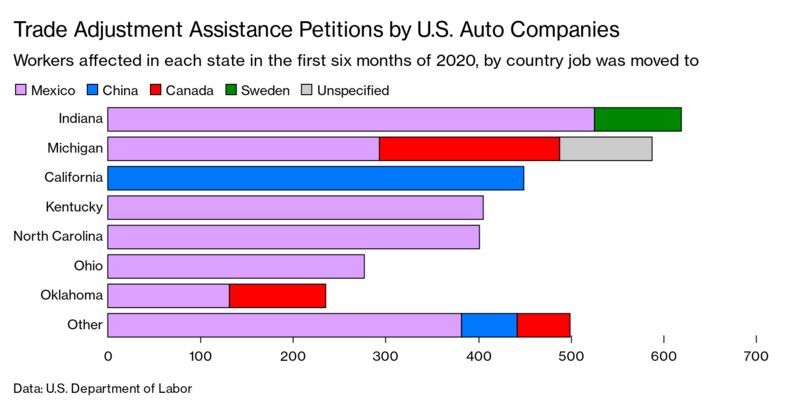 If you dive into the data, as we did for this story on how a company founded by Commerce Secretary Wilbur Ross has been closing factories in the U.S. and shifting production overseas even as he serves in Trump's Cabinet, you find some interesting tidbits: 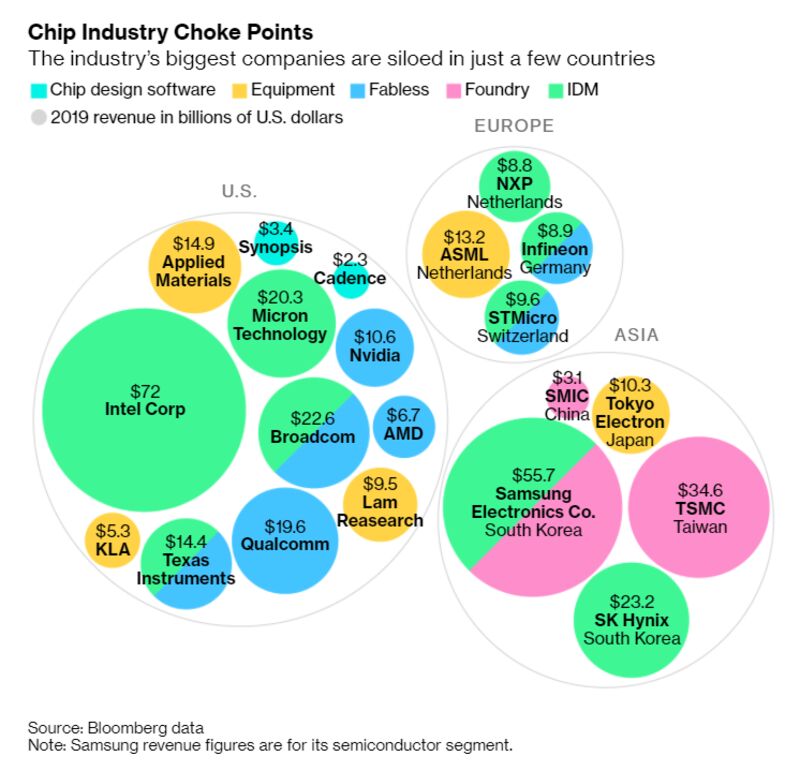 As the U.S.-China confrontation takes root, the ability to craft chips for everything from artificial intelligence and data centers to autonomous cars and smartphones has become an issue of national security, injecting government into business decisions over where to manufacture chips and to whom to sell them. Those tensions could kick into overdrive as Communist Party leaders set a five-year plan that includes developing China's domestic technology industry, notably its chip capabilities.

-- via my feedly newsfeed
Posted by The Red Caboose at 6:49 AM