Sometimes a trade rebound can be a double-edged sword when it comes to gauging economic strength.

Take Monday's data dump showing China to be the only major economy in the world on a growth trajectory this year.

But drilling into the data, the numbers show that a surge in imports has acted as a counterweight against bumper exports. Gross domestic product expanded 4.9% in the third quarter from a year ago, missing economists' forecast for a 5.5% expansion. 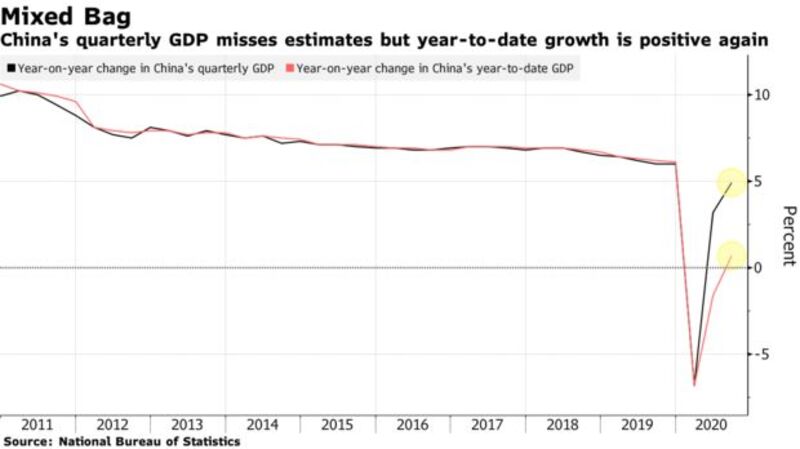 That's partly because inbound shipments surged 13.2% in September from a year ago, depressing the net contribution of trade to the calculation of GDP. Net exports contributed only 0.6 percentage point to GDP's expansion in the third quarter, according to the National Bureau of Statistics.

That dynamic may not fade in the near term given that China's consumers are showing firm signs of resurgence — retail sales expanded 3.3% in September from a year earlier — while exports also stay strong.

Data last week showed that global demand for everything from hazmat suits to work-from-home technology has allowed China's products to win record global market share. That's a striking reversal from the first two months of the year, when China's exports contracted by 17.1%.

Francoise Huang, a senior economist for Asia-Pacific at Euler Hermes, calculates that out of the top 20 exporters in the world, China's total market share now stands at around 25% compared to an average of around 20% over the 2017-19 period.

With the U.S. election just weeks away, it's also worth reflecting how China has managed to build such a position of trade strength in the face of stiff U.S.-led protectionism. Such tensions probably help propel imports as technology firms stockpiled key components ahead of the imposition of sanctions.

The big questions now revolve around the sustainability of China's trade performance:

While the yuan's strength could act as a headwind, for now, the balance of issues looks like the trade revival can continue, according to Huang. "We expect Chinese exports to remain resilient in the coming quarters," she said. 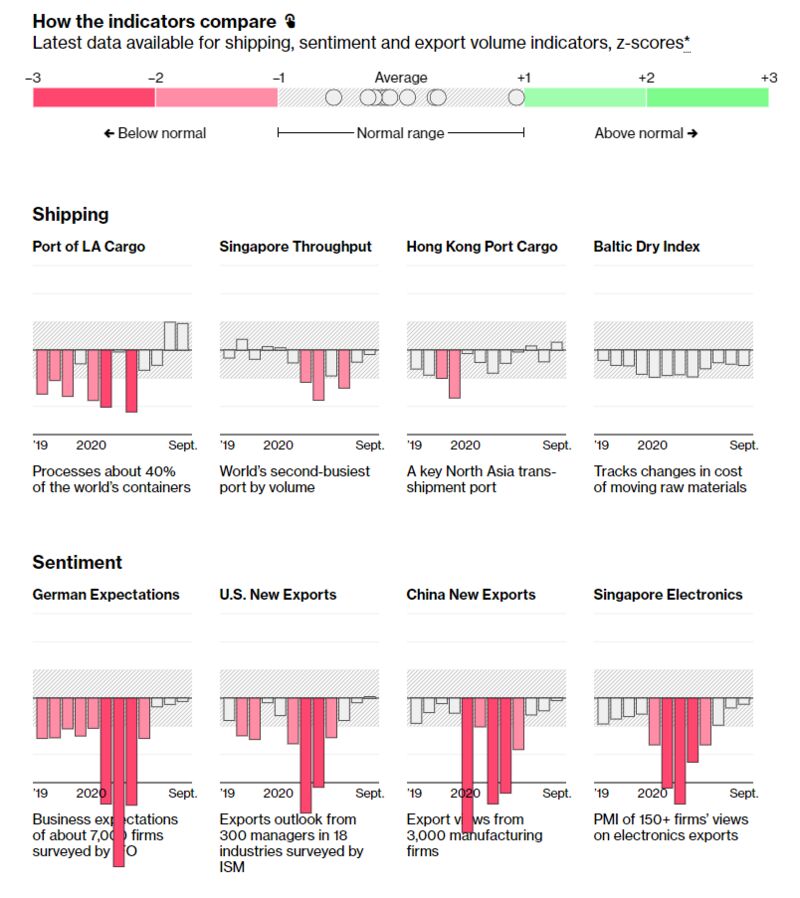 Global trade is staying on a winning streak. The Port of Los Angeles has kept especially busy over the past two months, and all 10 gauges on the Bloomberg Trade Tracker have sustained "normal" status since early September.

-- via my feedly newsfeed
Posted by The Red Caboose at 5:34 AM