China's data on gross domestic product for the second quarter shows the economy bouncing back.

Sure, growth of 3.2% year-on-year is way off the pre-virus trend. Still, with the Covid-19 pandemic dragging the world into a deep recession, the country's return to expansion is a rare bright spot. The contrast with the U.S., where spiraling new cases raise the possibility of an extended downturn, couldn't be clearer.

China's rapid recovery also exposes the fallacies in the "coming collapse" thesis that continues to pervade U.S. views on its main geopolitical rival. According to the conventional narrative, China's massive debt, conflicted leadership, sclerotic state sector, and overbuilt real estate represent insuperable problems. The question on the China crisis is not "if," but "when" and "how big."

In fact, as I argue in my new book China: The Bubble That Never Pops, the conventional narrative ignores important sources of strength. In the Covid-19 stress test, some of those have come in handy: 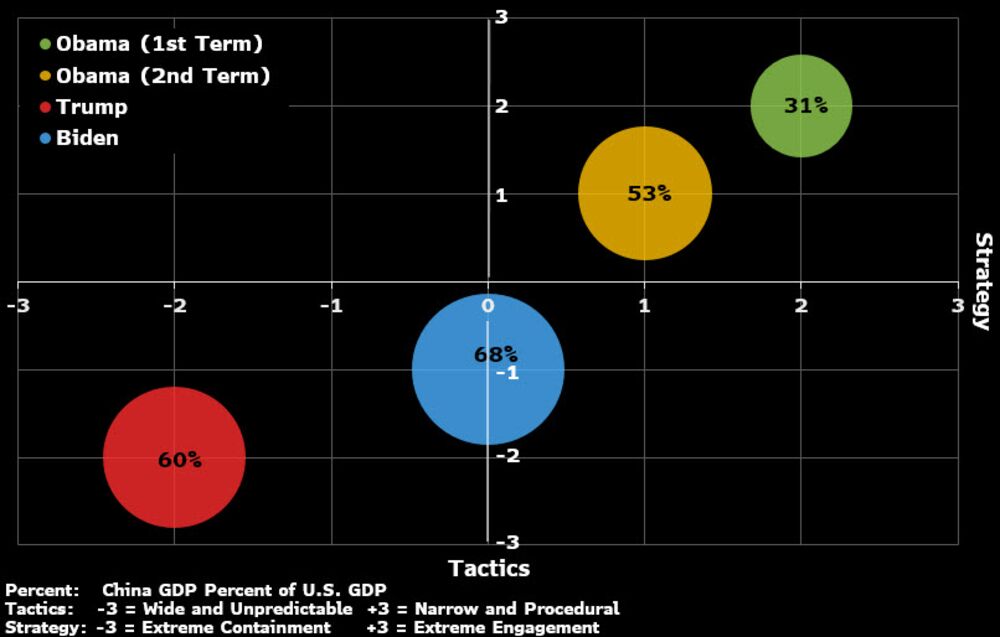 As the U.S.-China conflict spreads across trade, technology, capital flows, scientific research, claims to the South China Sea, and mounting concern about human rights in Xinjiang and Hong Kong, the rapid rebound in China's growth carries a lesson for U.S. policy makers. While China's economic model has serious stresses, it also has major strengths. If the Covid-19 shock doesn't burst the bubble, it's not clear what will.

U.S.-China relations are at a critical moment. Whether Washington continues with the strategy of containment adopted by the Trump administration or shifts to managed engagement under a possible Biden administration, the starting point should be a realistic appraisal of China's economic strengths. A strategy underpinned by the assumption of weakness is doomed to fail. 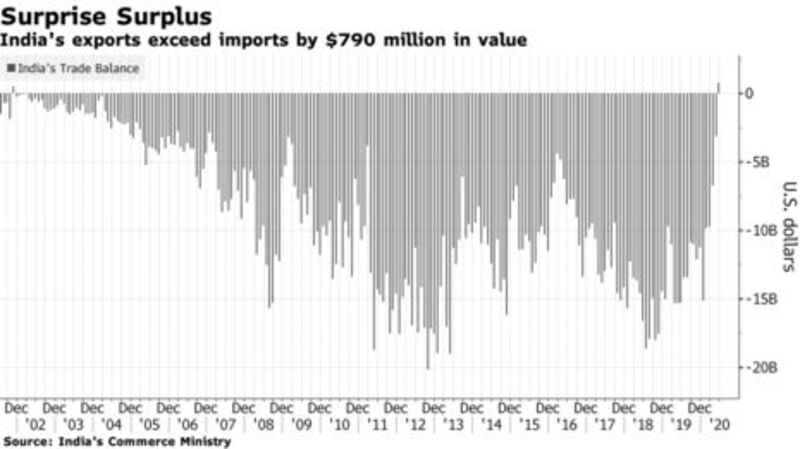 India's trade balance returned to a surplus in June after 18 years, as a decline in imports was sharper than exports. Exports contracted 12.4% from a year earlier, while imports declined 47.6%, leaving a trade surplus of $790 million. The balance was last in surplus in March 2002.