"In rural Appalachia, people are so poor that there is a federal program dedicated to lifting them out of poverty. Through the Appalachian Regional Commission, the government pitches in on projects that these rural communities badly need but can't quite afford — everything from fixing roads, to building computer labs, to training workers, to opening health clinics.

These efforts have become so widely admired that in recent years Congress launched, with bipartisan backing, sister agencies to help other rural regions stuck in generational cycles of poverty. Together the programs spend about $175 million each year bringing jobs and opportunities to places that long have felt left behind.

President Trump, who won rousing victories in these same parts of rural America, would eliminate that funding."

Its quite surprising that Trump's budget plans, Trumpcare, tax policies disproportionately fall on his supporters. Its quite a thing . . . 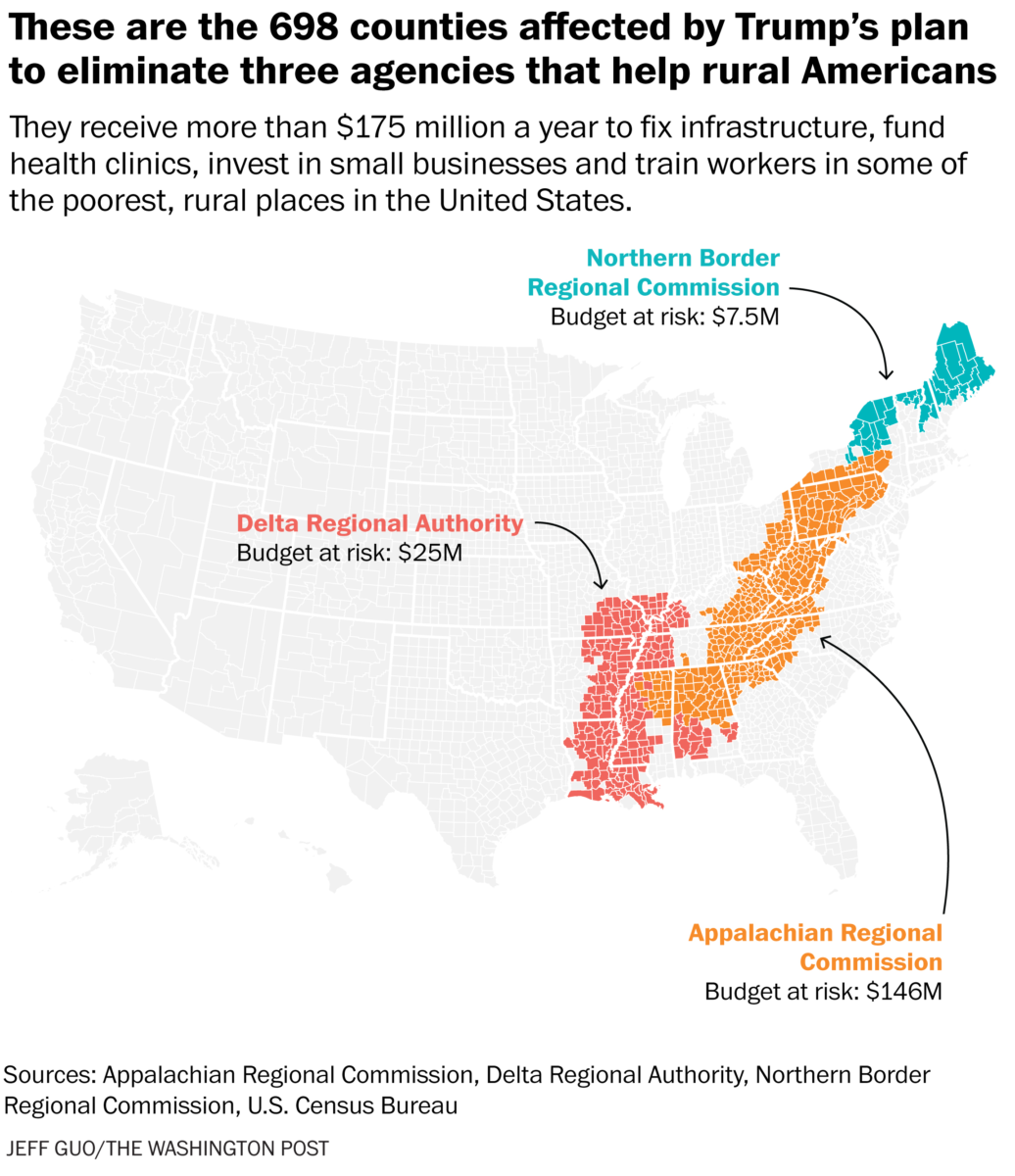 -- via my feedly newsfeed
Posted by The Red Caboose at 3:11 PM