Scotus Mailbag talk: If you were creating a new constitutional order from scratch...? 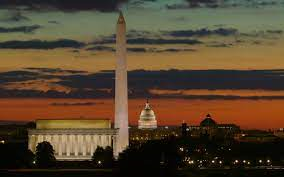 Lost Future: How do you feel philosophically about judicial review being part of a country's political system? I remember when I learned in school that a majority of developed countries actually don't have true judicial review, they practice 'parliamentary sovereignty' and the legislature can just pass whatever they want.... Was pretty shocking. But, most of those countries are in the EU, so aren't they now all subject to the EU Court of Human Rights? So maybe that's no longer true, I dunno.

If you were creating a new constitutional order from scratch, would you empower a supreme judiciary to strike down 'unconstitutional' laws? Or is that too subjective & inherently partisan? I think we've all heard criticisms that the justices are just unelected politicians, etc. etc. One reasonable compromise (for the US) that I was thinking is that it should require a supermajority to declare a law unconstitutional- using a raw majority to determine what should be a fundamental question is pretty dumb. Also, individual judges should have a lot less power in our system. Open to hearing your thoughts though!

It’s important to distinguish between two separate ideas. One is judicial review of laws to assess their conformity with the constitution. The other is the idea that the courts should be the people who “go last” in an interbranch conflict.

I think the Canadian system — in which laws are absolutely reviewed by the judiciary for conformity with the Charter of Rights and Freedoms, but Parliament has the right to overrule the Supreme Court — is good. Overrides do happen under this system, but relatively rarely — the Court’s rulings are not a dead letter. One reason they are not a dead letter is that the Court has a decent amount of legitimacy. But one reason they preserve that legitimacy is the Supreme Court is not a locus of massive partisan conflict. And that’s because strong policy-demanders at odds with an important constitutional ruling have a more promising course of action than politicizing the judiciary — they can just push for parliamentary override. To me, it’s a good system.

But note that in the United States, a lot of the de facto power of the judiciary comes from non-constitutional cases. Because of bicameralism, presidentialism, and the filibuster, the stakes in judicial interpretation of statutes are very high here. If the Supreme Court of Canada rules that some Canadian air pollution regulation violates the law and Parliament feels they don’t like the outcome, they can just pass a new law that clarifies the point. In America, if the Supreme Court rules that the EPA can’t regulate greenhouse gas emissions, then that is a de facto guarantee that there will be no emissions regulation because the barrier to passing a new law is so high in our country.

This is why on some level, I think “judicial review” is the wrong thing to ask questions about. Obviously courts need to be able to do statutory interpretation. But what we have in the United States is an extremely low-productivity legislature that in practice devolves massive amounts of powe