One unintended and unremarked effect of the eulogies to Prince Philip is that they have reminded us of Marx's vision of communism.

What I mean is that several of his admirers describe him as a "renaissance man" on account of his wide range of interests. 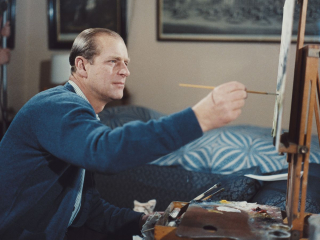 This, however, is an example of a common error – of ascribing to agency what is in fact the result of economic forces.

Prince Philip could afford to pursue so many different passions because the day he married the Queen he was freed from what Marx called "the dull compulsion of economic relations." For most of the rest of us, however, this compulsion forces us to specialize, to develop just one skill to the detriment of other interests. Capitalism rests upon the division of labour. But as Adam Smith saw, this can destroy us:

The man whose whole life is spent in performing a few simple operations, of which the effects are perhaps always the same, or very nearly the same, has no occasion to exert his understanding or to exercise his invention in finding out expedients for removing difficulties which never occur. He naturally loses, therefore, the habit of such exertion, and generally becomes as stupid and ignorant as it is possible for a human creature to become. The torpor of his mind renders him not only incapable of relishing or bearing a part in any rational conversation, but of conceiving any generous, noble, or tender sentiment, and consequently of forming any just judgment concerning many even of the ordinary duties of private life. Of the great and extensive interests of his country he is altogether incapable of judging.

A man's mastery of one skill, said Smith is "acquired at the expense of his intellectual, social, and martial virtues." And there's plenty of evidence for this. Think of William Shockley, Bobby Fischer, James Watson, Larry Summers, Morrissey, Richard Dawkins….

In fact, the early history of capitalism was marked by workers' fierce reluctance to devote long hours to doing just the one thing. Sidney Pollard (pdf) and E.P. Thompson (pdf) have documented how capitalists strove to instil an unnatural work discipline into their employees. As Pollard put it:

Men who were nonaccumulative, non-acquisitive, accustomed to work for subsistence, not for maximization of income, had to be made obedient to the cash stimulus, and obedient in such a way as to react precisely to the stimuli provided.

Of course, working conditions and hours have improved since Smith's day and many people have internalized the capitalist work ethic. But not all of us. Research by Alex Bryson and George MacKerron has found that even people in good jobs are more miserable whilst at work than they are in any other activity bar being ill in bed. Which is why thousands of those who can afford to do so opt out of the rat race to do what Prince Philip could do – pursue a variety of interests. One reason why I'm looking forward to retiring (next year, I hope) is that I want to spend more time reading, gardening, learning music and learning Italian.

Which is where Marx comes in. His vision of communism was one in which the division of labour no longer suppressed our development as Smith thought it did. (Marx, of course, had read Smith much better than have today's admirers of him):

As soon as the distribution of labour comes into being, each man has a particular, exclusive sphere of activity, which is forced upon him and from which he cannot escape. He is a hunter, a fisherman, a herdsman, or a critical critic, and must remain so if he does not want to lose his means of livelihood; while in communist society, where nobody has one exclusive sphere of activity but each can become accomplished in any branch he wishes, society regulates the general production and thus makes it possible for me to do one thing today and another tomorrow, to hunt in the morning, fish in the afternoon, rear cattle in the evening, criticise after dinner, just as I have a mind, without ever becoming hunter, fisherman, herdsman or critic.

You might object that Marx's vision was one of a society of (surprisingly bucolic) dilettantes. That misses the point – that in communist society you will be able to pursue just one activity if you want: you'll be free to choose.

Yes, free. Marx's main beef with capitalism was not so much that it was unfair but that it generated unfreedom by alienating us from our nature. As William Clare Roberts puts it, capital "bends labour power to an alien and unnatural end." Marx, says Clare Roberts, was a theorist of freedom.

Those of us who are rich enough can step away from the alienating and repressive division of labour by retiring early – although of course not without damage. But is what's possible for a privileged few possible for all?

Only in a sufficiently developed economy. Marx thought that a particular level of affluence was necessary for communism, and that whilst capitalism could provide the potential for this affluence, it would not fully realize that potential and that there would come a time when capitalism ceased to develop productive forces but instead held them back. It would, he thought, require communism to allow that potential to be realized for everybody. Aaron Bastani's "fully automated luxury communism" is in this tradition.

Whether this is feasible is of course another matter. The answer lies in the outcome of the race between technical change and diminishing returns and rising rents, and personally I think forecasting the former is a mug's game.

For my purposes, though, this isn't the point. I merely want to point to a nice irony – that Prince Philip's eulogists have, perhaps inadvertently, made the case for Marx's vision of communism.

-- via my feedly newsfeed
Posted by The Red Caboose at 4:37 AM