<p>Labor groups say wind and solar developers have deterred unionization, which is holding down wages.</p>

Working as a construction supervisor one winter, Steven Morones would wake up at 4 a.m. and drive two hours to a Wisconsin cornfield. There, he and the rest of the nonunion crew spent their day assembling a sprawling network of steel I-beams for solar panels to be mounted on. Threading bolts while wearing thick gloves often proved impossible, so when the temperature dropped as low as -13F, his bare hands would stiffen painfully.

While his body battled the elements, Morones's mind was beset by a constant worry: that his $25 hourly wage just wasn't enough to pay his bills. "I was always stressed with the day-to-day," says the 30-year-old father of four. "I just couldn't focus on the future."

Campaigning for the U.S. presidency and now, as his administration steers a $2.3 trillion infrastructure plan through Congress, Joe Biden has touted the potential for the solar and wind industries to create the types of jobs the U.S. economy has been losing for decades. "A key plank of our Build Back Better recovery plan is building a modern, resilient climate infrastructure and clean energy future that will create millions of good-paying union jobs," Biden said in a Jan. 27 speech laying out his energy policy, which targets zero emissions from electricity generation by 2035.

That future is at odds with present-day reality, as Morones and others employed in renewable energy can attest. It's true, the sector has been minting jobs at a healthy clip: Wind turbine service technicians are No. 1 on a list of the fastest-growing occupations compiled by the U.S. Bureau of Labor Statistics, and solar installers are in third place. Yet labor groups say companies have either deterred or actively opposed unionization among workers employed in installation and construction, which in the U.S. represent the lion's share of jobs in renewables. That's held down wages while depriving workers of coveted health and retirement benefits.

"The new green economy has been heralded as a win-win for workers and the environment, but that's a big lie to working men and women when wind and solar developers discourage unionization efforts, which we are seeing on most of the large-scale utility projects," says Terry O'Sullivan, general president of the Laborers' International Union of North America (Liuna). 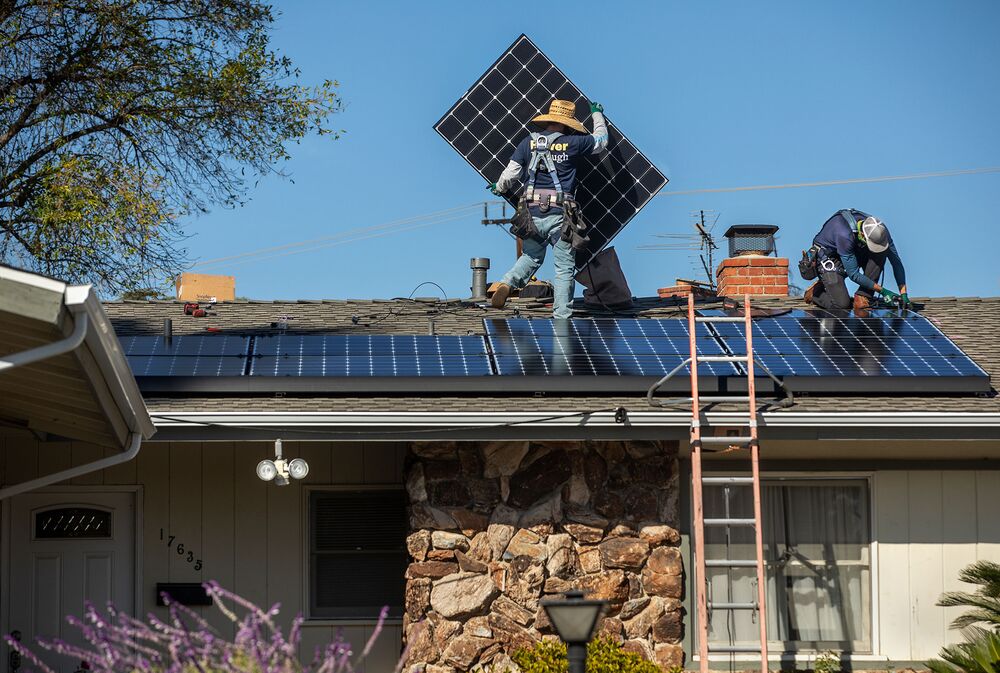 Wind and solar employ 222,000 construction and installation workers in the U.S., according to a 2020 report compiled by the National Association of State Energy Officials and research firm Energy Futures Initiative. Overall, 4% of solar photovoltaic workers and 6% of wind workers belong to unions, the report says, lower than in nuclear and coal. It's also less than half the 13.4% rate in the private construction industry, according to U.S. government data. Trade groups dispute those numbers; the Solar Energy Industries Association says 10.3% of the workforce is unionized.

One major deterrent to labor organizing is that developers often rely on recruitment agencies to provide a pipeline of laborers. According to the North America's Building Trades Unions (Nabtu), less than a quarter of wind and solar projects that got under way since the start of last year are using unionized workers.

Solar workers who aren't in a union average $16 to $19 an hour, while their counterparts on wind projects get about $17 to $25 an hour, according to Liuna, which represents half a million construction workers. The union says its members working on solar projects get paid an hourly wage of $28.41, while their counterparts in wind get paid about $27.65 an hour, and all have benefits.

"Green capital is antilabor," says Joe Uehlein, president of the Labor Network for Sustainability, a climate and worker advocacy group in Maryland. Solar companies often require installers to sign contracts stating they're independent contractors, making them ineligible to join unions, he says. "They aren't good actors when it comes to treating their workers."

American Clean Power (ACP), a lobbying group that includes some of the industry's biggest players, including Berkshire Hathaway Energy, GE Renewable Energy, and NextEra Energy, pushes back against that characterization. "The clean energy industry is committed to working with unions to ensure that all workers continue to be rewarded for their labor and provided the wage, health, and retirement benefits they deserve," says John Hensley, ACP's vice president for research and analytics. 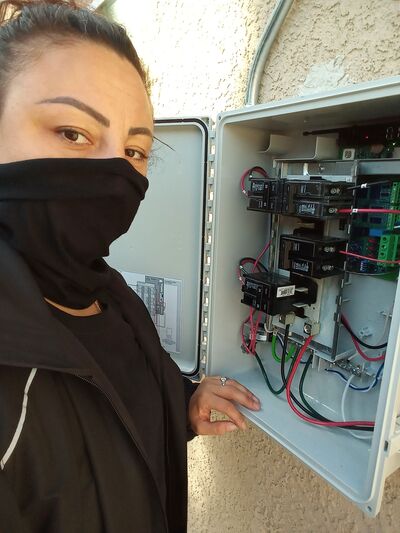 Sabrina Morris's mind was often on the weather when she started installing rooftop solar panels in California several years ago, a nonunion job that initially paid $15 an hour. A mere drizzle of rain or a gust of wind could make working conditions perilous, but her employers took little note, she says. "There are contractors out there who just want to get the job done quickly and at low cost, putting people at risk," says Morris, 37, who now coordinates safety inspections at another solar energy company in the state.

In California, where a mandate that most newly built single-family homes be outfitted with solar panels took effect last year, the state division of the Occupational Safety and Health Agency has inspected 70 solar installation sites in the last five years, prompted by tips from workers about unsafe conditions and accidents.

Morones says he feels more secure since joining a union last November. He now earns about $34 an hour as a third-year apprentice on a solar project in Illinois, more than he did working as a supervisor in Wisconsin. He also has a 401(k) plan and full medical coverage for him and his family. "It's set me up for the future. I don't have to struggle financially like I did before," he says.

Hours after being sworn in, Biden signed an executive order to have the U.S. reenter the Paris Climate Agreement. Framers of the landmark 2015 accord urged governments to ensure a "just transition" by adopting policies that promote the creation of "quality jobs."

American unions share that goal. "When you look at the transition to green jobs, our concern is: What kind of jobs are they going to be?" says Richard Trumka, president of the AFL-CIO, the largest union umbrella group in the country. "If working people start to feel that the transition is really an assault on our way of living or on our standard of living, there's going to be economic and political pushback."

A top priority for Trumka and the rest of organized labor in the U.S. is securing passage of the Protecting the Right to Organize Act—PRO Act for short. The legislation guarantees private-sector employees the right to unionize and would bar employers from retaliating against unionization efforts. It also lowers the bar for contractors to prove they're employees under federal labor law—a provision that may make it harder for renewable energy companies to rely on contingent workers. The PRO Act narrowly passed in the House in December, but faces a tougher test in the Senate.


Robert Scott, a senior economist at the Economic Policy Institute in Washington, D.C., says the changes contemplated in the PRO Act, coupled with the surge in demand for labor that Biden's infrastructure plan would unleash, would benefit workers: "It will give them more leverage and reduce the market power of the employer." ACP declined to comment when asked about the industry's position on the legislation. 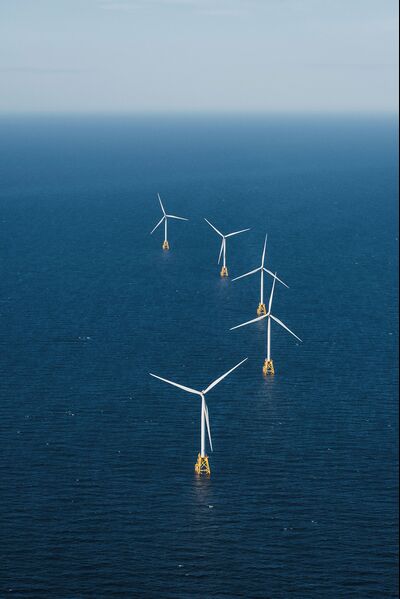 Organized labor is already making inroads in some parts of the clean energy industry. In November, Orsted, a Danish company that's the world's biggest operator of offshore wind parks, became the first developer to team up with a national union, Nabtu, to train workers transitioning into the industry. The agreement covers Orsted's pipeline of mid-Atlantic offshore wind projects, which will be staffed under collectively bargained prehire labor agreements. "We believe that developers and unions must work together to ensure that the offshore wind industry becomes and remains an important source of high-quality and well-paying jobs in our communities," Orsted said in a statement.

ACP, the trade group, is forecasting there may be as many as 280,000 clean energy jobs unionized by 2030, equal to about a quarter of the industry's projected workforce.

Todd Sorter spent a good part of the lockdown helping erect wind towers in the southwest corner of Minnesota. The bulk of his job involved pouring grout on a large steel ring that helps secure a wind tower's base to its pedestal. For that, the 55-year-old father of three was paid about $30 an hour and received vacation pay, a pension, and a full medical plan. The latter came in handy when Sorter contracted the coronavirus in October and spent four days in the hospital. Although he was unable to work for a month, he counts himself lucky: "If it wasn't for being part of a union, I wouldn't have had the health coverage." —With Saleha Mohsin, Jennifer Jacobs, and Josh Saul
Posted by The Red Caboose at 7:22 AM