If the Biden-Harris proposed this as a remedy to police force corruption, and fascist/racist subversions and infiltrations, would you oppose it? If not, what is the effective alternative(s)?
China plans hi-tech supervision of police officers and judges as party tightens grip on domestic security
https://www.scmp.com/news/china/politics/article/3099349/china-plans-hi-tech-supervision-police-officers-and-judges 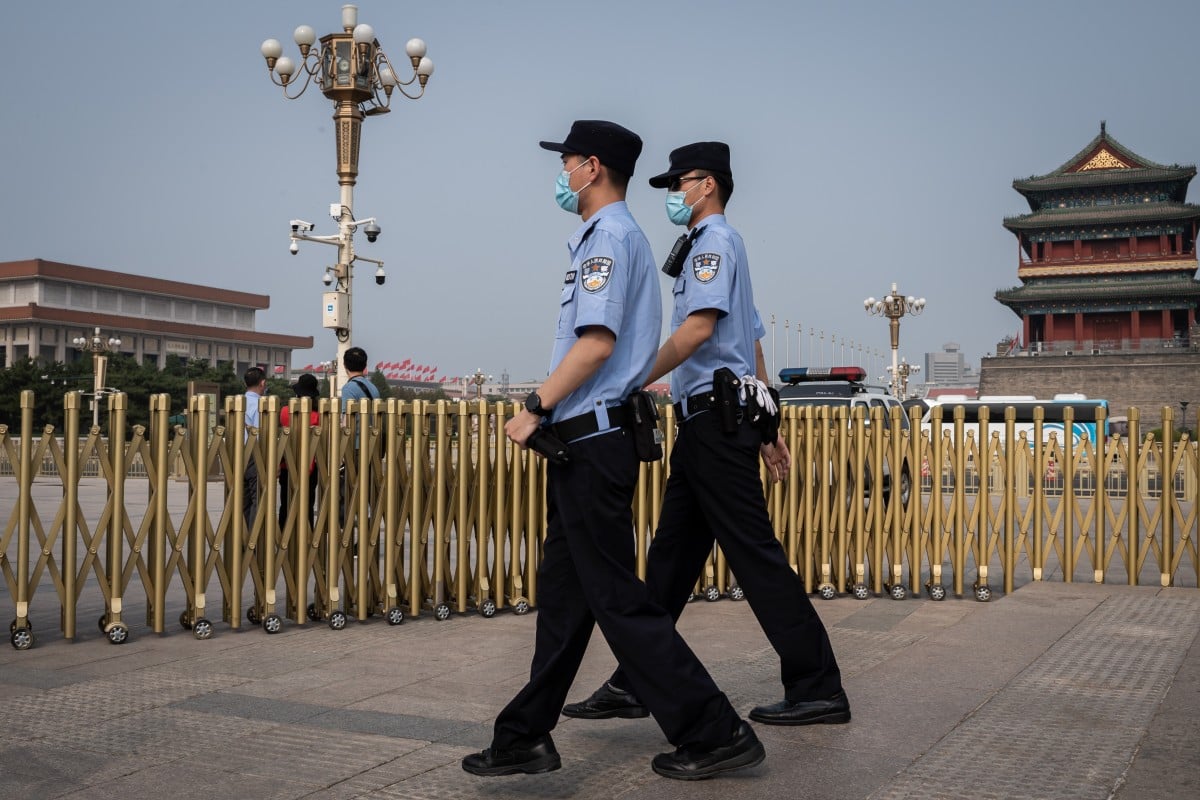 China plans to shake up supervision of police officers and judges using artificial intelligence and big data. Photo: AFP
China is planning to use blockchain,
artificial intelligence
and big data technologies to help monitor its police officers and judges, its top domestic security agency says.
The country's aggressive and widespread use of facial recognition and other digital technology for public surveillance and to maintain social stability has been controversial – especially its hi-tech surveillance of the Muslim Uygur minority in
the Xinjiang region
.
Now, the Communist Party leadership will apply "smart" technology to improve supervision of law enforcers and the judiciary, after a
campaign to purge "corrupt elements" from their ranks
was announced last month.

Central Political and Legal Affairs Commission chairman Guo Shengkun told a meeting this week that insufficient checks and balances, lax enforcement of the rules, injustices and corruption were among the "most acute shortcomings" of the security system, Xinhua reported late on Thursday.

The commission – which oversees police officers, prosecutors, courts and prisons – said it would develop a new automated system using big data technology to identify procedural violations in investigations, trials and enforcement work using records from the vast number of cases across the country every day.

A "smart" early warning system will use machine learning and computer analysis to check for any deviations or abnormalities in the verdicts and sentences handed down by judges.

The commission also said it would use such technology to identify any patterns in how law enforcers and judiciary officials handle certain cases, including which lawyers represent clients in those cases, "in order to provide real-time surveillance of any [illicit] transfer of interests".

SCMP GLOBAL IMPACT NEWSLETTER
Uncover the most important stories from China that affect the world
By registering, you agree to our T&C and Privacy Policy

And instead of being supervised by people, the country's courts and prosecutors' offices will be placed under a "comprehensive, real-time" digital supervision system that will "apply to all" officials.

The commission did not say in its statements when the new systems would be introduced, but added that it was also looking into the feasibility of using blockchain technology to protect electronic court documents from being tampered with or fabricated.

The Supreme People's Court found itself at the centre of a national scandal in late 2018, when one of its judges,
Wang Linqing
, claimed legal documents in a long-running mining rights case had vanished from his office. It prompted an outcry, with people questioning whether there had been interference in the case. Months later,
Wang confessed on state television
that he was responsible for the disappearance of the court papers.

In addition to the hi-tech surveillance, the commission also said it would improve inter-agency checks, internal supervision and public oversight of law enforcement bodies and the judiciary – but it stressed the most important oversight would come from the party.

-- via my feedly newsfeed
Posted by The Red Caboose at 8:51 AM