Donald Trump calls himself the "law and order" president, but when it comes to white collar crime, he has overseen a significant decline in enforcement.

The prosecution of securities fraud, antitrust violations and other such crimes has hit a record low as the pandemic slows the courts, according to one tracking service. But even before the coronavirus, the numbers were falling under the Trump administration.

The average annual number of white collar defendants was down 26% to 30% for Trump's first three years in office from the average under President Barack Obama, according to data from the Justice Department and Syracuse University, respectively. The trend also shows up in fines on corporations, which fell 76% from Obama's last 20 months to Trump's first 20 months, according to Duke University law professor Brandon Garrett. 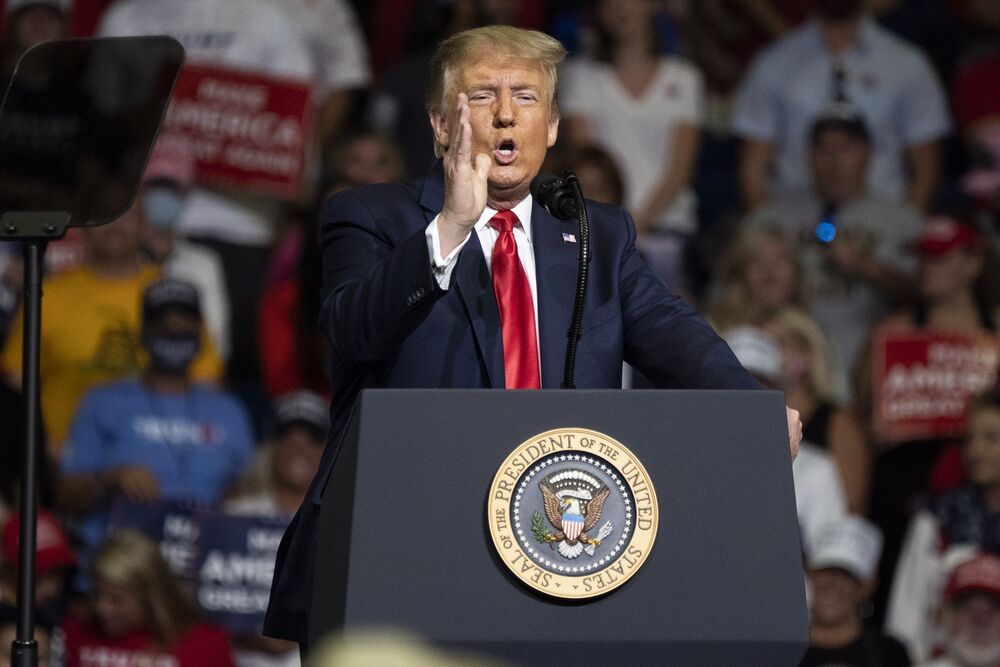 Trump's Justice Department has even presided over a plunge in deferred-prosecution agreements, Coffee said. In a DPA, a company is charged with a crime but prosecutors agree to drop the case later if it admits wrongdoing, pays a penalty and makes required reforms. The administration has also brought fewer white collar racketeering and money-laundering cases, crimes that carry harsher penalties, he said.

"All that is an indication that white collar crime is not a priority," Coffee said. "If you want to celebrate corporations as leading our economy and the stock market up higher and higher, you don't want to indict them."

The Justice Department says it hasn't eased up at all.

Prosecutors "continue to bring federal charges in white collar and other cases according to facts, the law and the principles of federal prosecution," said Peter Carr, who was a spokesman for the department's Criminal Division until moving recently to the Department of Homeland Security.

The Department of Justice "can't vouch for TRAC's methodology," Carr said, referring to Syracuse University's Transactional Records Access Clearinghouse, which monitors trends in federal law enforcement and whose records reflect a decline of about 30% in prosecutions under Trump. He added that TRAC data "routinely differs" from the reports of the U.S. attorney offices, the U.S. Sentencing Commission and the U.S. Courts, among others.

TRAC's tallies are based on "hundreds of millions of records" from each U.S. attorney's office, said the group, which has been following the data for more than two decades. Cases are counted based on when they're recorded in a prosecutor's database, following the DOJ's own practice, it said. 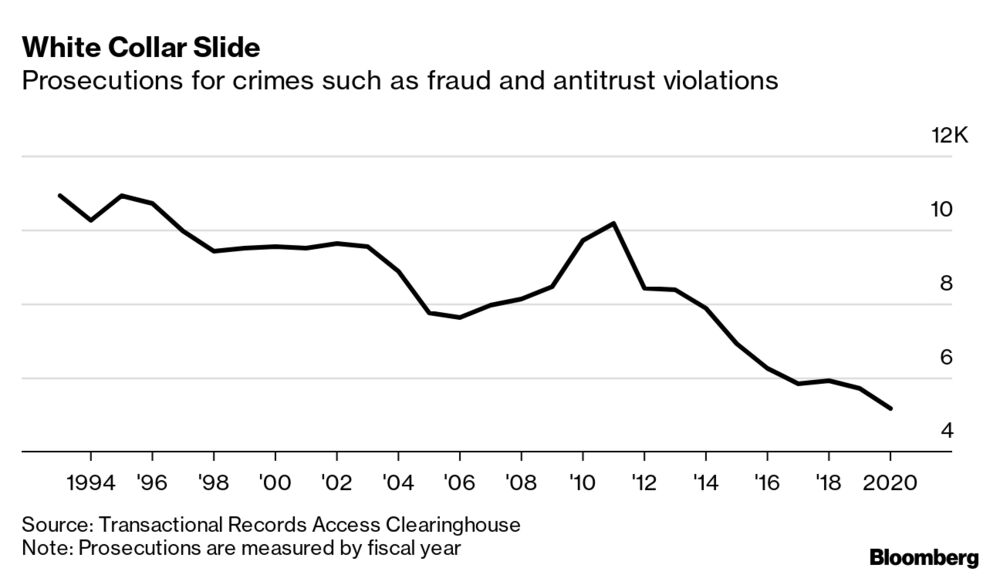 DOJ spokesman Matt Lloyd said the Criminal Division's Fraud Section, which focuses on white collar crime, "has achieved record numbers of individual and corporate criminal cases and resolutions over the past three years," including a 59% increase in individuals charged between 2016 and 2019 and a jump of more than a quarter in those convicted. He didn't comment specifically on the 26% decline reflected in the data published by the U.S. attorney offices nationwide, which cover a much larger set of white collar prosecutions, but called the Fraud Section's achievements "a key indicator of the department's commitment" to the issue.

Prosecutions have been declining for the past decade but have never been so low.

The Justice Department under Trump has shifted its focus from traditional white collar cases, like big securities prosecutions, to immigration and the sort of corporate espionage targeted by the DOJ's China Initiative, said Robert Anello, a white collar defense lawyer in New York. Immigration-related offenses accounted for more than half of federal prosecutions in fiscal 2018, Anello said.

A crackdown on financial fraud starting decades ago spurred reforms and increased corporate compliance, which became "one of the trademarks of American companies abroad," Anello said. He warned that could now fade with waning vigilance.

The change is clear, according to seven ex-prosecutors who handled securities fraud and asked not to be identified in discussing their former offices' work. Veterans of the DOJ's antitrust and fraud divisions have left, and younger lawyers need time to learn how to build a complicated case, they said.

Earlier: Rajaratnam and 75 Other Reasons Hedge Funds Are Scared Straight

The Internal Revenue Service, too, has suffered from attrition over the years, although it got a budget increase last year. Its Criminal Investigation division helps send people to prison for crimes such as tax evasion, money laundering and identity theft. The agency saw a 36% decrease in new criminal investigations from fiscal 2015 to 2019, IRS records show. 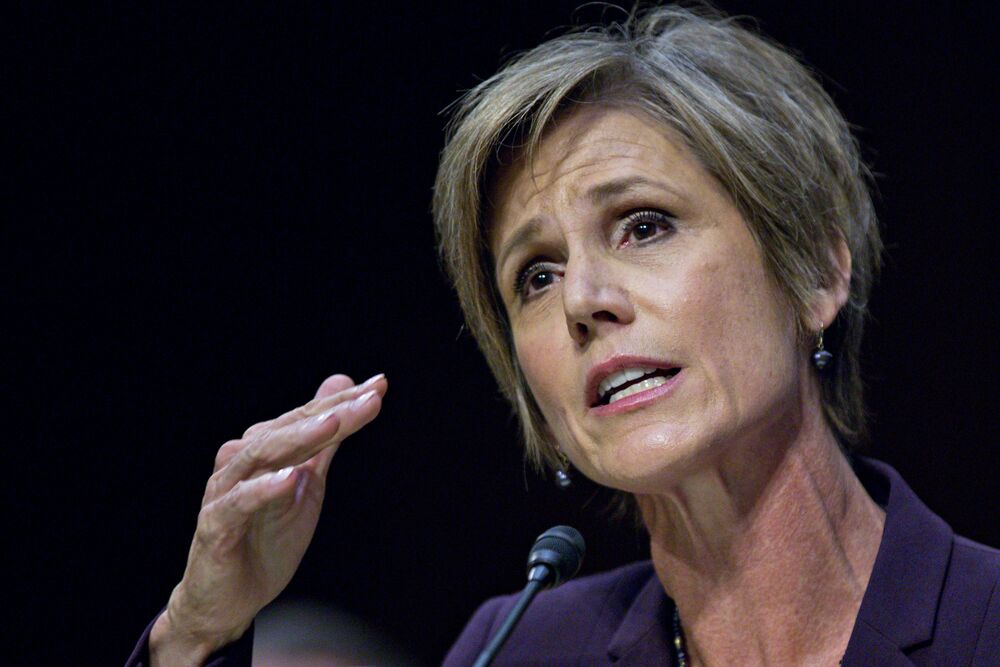 One factor in the decline in traditional white collar prosecutions is an important change to what's known as the Yates memo.

In 2015, under Obama, Deputy Attorney General Sally Yates required companies seeking leniency to help develop evidence against their employees and turn over possible suspects. In 2018, under Trump, the Justice Department softened the criteria. For instance, in the Yates memo, a company in a price-fixing case had to be the first to cooperate. Now it doesn't, said Columbia Law's Coffee.

"The old rule was, we're gonna be really tough," he said. "You can get off, and your officers can get off, if you turn the co-conspirators in and confess." Now, Coffee said, companies are getting "tremendous sentencing credits" simply for having a corporate compliance plan.

"Those things just require a good lawyer to spend two nights writing one up," he said.

—With assistance by Chris Strohm and Justin Sink

-- via my feedly newsfeed
Posted by The Red Caboose at 6:59 AM