Have you noticed the irritating spate of articles in the mainstream press expressing alarm that the Democratic Party may be moving too far to the left? This has become a trope among commentators.

The lead piece in Sunday's New York Times, for instance, was headlined, "Democrats Brace As Storm Brews to Their Left." Right from the top, the progressive energy that is bringing new people into politics and challenging Republican incumbents is condemned as some kind of threat to "Democrats."

The reporter, Alexander Burns, goes on to quote party leaders warning of the possible ill effects: "'There are a lot of moderate and even conservative Democrats in Michigan,' Mr. Brewer (the former state party chair) cautioned." Note the use of the loaded verb, cautioned.

This is a classic sort of piece in which the writer has a point of view that he wants to get across, but as a reporter on a supposed news story he can't come right out and say it. So he fishes for quotes to get sources to provide the script for him.

The Most Incompetent Demagogue In History

Trump Is Giving Democrats Everything They Need For The Midterms

See all from this author

Burns also reports, eyebrow raised, that in Maryland, "Democrats passed over several respected local officials to select Ben Jealous, a former NAACP president and an ally of Mr. [Bernie] Sanders who backs single-payer health care, as their nominee for governor."

Dear God, not single-payer! And respected by whom? Reading Burns' overheated prose, you can almost see the barricades in the streets.

The trouble with this kind of story, sloppy and all too familiar, is that it conflates two kinds of left. After 40 years of declining economic prospects for ordinary Americans and two years of fake populism by Trump, the Democrats need nothing so much as candidates who are progressive on pocketbook issues. These are the kind of candidates who can win back seats in Trump country.

There may be lots of moderate Democrats in Michigan. But moderate on what? Surely not moderate on losing their jobs and their homes. 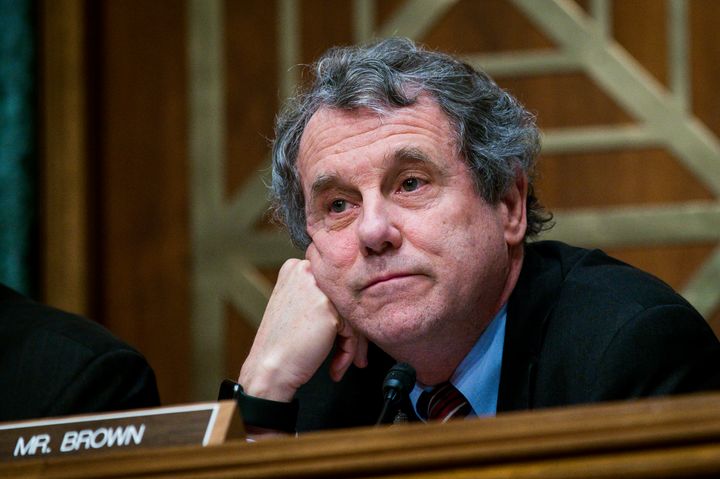 PETE MAROVICH VIA GETTY IMAGESNobody is a better role model for how to make pocketbook populism work in Trump country than Ohio's Senator Sherrod Brown.

Deft Democratic candidates promise hard-pressed voters a better deal on economics, but reflect the views of their districts on hot button social issues. Conor Lamb managed this brilliantly when he won his special election to Congress in Pennsylvania's 18th district last March, carrying a district so ostensibly red that Trump carried it by nearly 20 points and the Democrats did not even bother to field a candidate for the seat in 2016 and 2014.

In a seat like New York's 14th, where rising progressive star Alexandria Ocasio-Cortez knocked off an entrenched incumbent, Joe Crowley, it's fine to go left on both economic and social issues. In some of heartland America, economics is the main ticket.

Nobody is a better role model for how to make pocketbook populism work in Trump country than Ohio's Sherrod Brown. He is currently up between 13 and 17 points in the polls in his Senate re-election campaign, in a state that Donald Trump carried by more than 350,000 votes. It's not that Brown is a moderate on social issues, either. He was the Senate's lead sponsor on a resolution designating June as a month to celebrate and advance LGBTQ rights, and his position on all the social issues from immigration to abortion is progressive. But he leads with populist economics, so socially conservative working-class voters know that Brown is on their side, and they cut him some slack on other issues they may not support.

In West Virginia, the leader of that state's teacher strike, Richard Ojeda, is waging a strong campaign to take an open House seat long held by Republicans. Ojeda, a Democratic state senator who voted for Trump himself, is running as an out and out progressive populist. 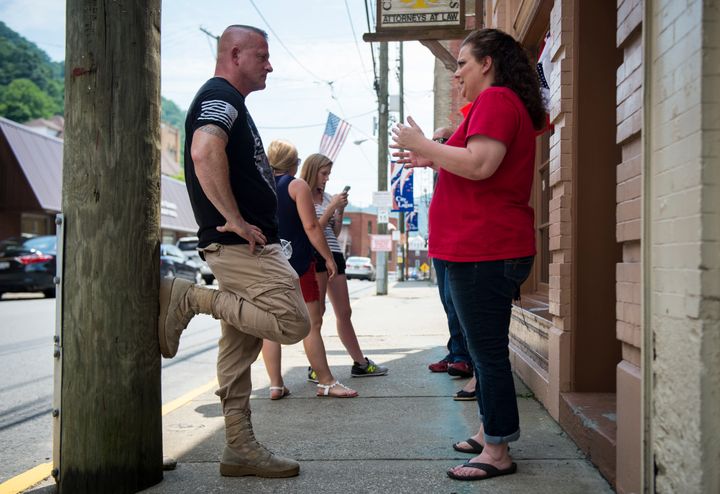 Ojeda is so good that he manages to redefine social issues as class issues. Speaking at a pro-choice rally in Charleston, Ojeda told the crowd that he didn't really like abortion, but that if it were outlawed, rich women would still get abortions.

West Virginians knew exactly what he meant. Indeed, many other supposed social issues, such as pay equity and parental leave, are really class issues if narrated well.

Only in a handful of swing, Republican-held suburban districts, where voters, especially Republican women, are disgusted with Trump, does it make any sense for a Democrat to run as more of a moderate on economics. And even in those districts, there are less affluent people who would turn out if a candidate gave them a good reason to vote.

So asking whether Democrats are running too far to the left in general is precisely the wrong question. The right question is how they blend economic issues ― where they need to run to the left almost everywhere ― with social issues like immigration rights, gun rights and abortion rights that can be divisive in the more socially conservative parts of the country.

The most ineffective combination of all, as Hillary Clinton painfully demonstrated in 2016, is left on identity issues and pro-Wall Street on economics. Kirsten Gillibrand and Cory Booker, take note.

In 2018, we can trust most Democrats candidates to get this balance of the economic and the social right, if they pay attention to their districts and they lead with progressive economics. The press should start getting it right, too.Robert Kuttner is co-editor of The American Prospect and a professor at Brandeis University's Heller School. His new book is Can Democracy Survive Global Capitalism?

Democratic Party Elections Sherrod Brown Political Campaigns Richard Ojeda
by Taboola
Sponsored Links
You May Like
Virginia Seniors In Heavy Debt Are In For A Big SurpriseFreedom Debt Relief
Forget Your 401k if you Own a Home (Do This)Morning Finance | LendingTree Quotes
US Obesity Doctor Shares The No.1 Worst Carb You're EatingNucific

Another Trump Inflatable Sets Sail – This Time It's A Chicken

Subscribe to The Morning Email.
Wake up to the day's most important news.
Posted by The Red Caboose at 7:30 AM