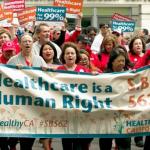 A sweeping measure that would establish government-run universal healthcare in California cleared its first legislative hurdle Wednesday as scores of supporters crammed into the Capitol to advocate for a single-payer system.

The Senate Health Committee approved the measure on a 5-2 vote after a nearly three-hour hearing, but Democrats and Republicans alike signaled unease with the major question still unanswered in the legislation: how the program would be paid for.

The bill, SB 562, would establish a publicly run healthcare plan that would cover everyone living in California, including those without legal immigration status. The proposal would drastically reduce the role of insurance companies [1]: The state would pay for all medical expenses, including inpatient, outpatient, emergency services, dental, vision, mental health and nursing home care.

The measure says the program would be funded by "broad-based revenue," but does not specify where that money would come from.

"How can we go forward with this bill without a fiscal analysis, a detailed financing plan?" asked Sen. Janet Nguyen (R-Garden Grove).

Sen. Ricardo Lara (D-Bell Gardens), a coauthor of the bill, said a detailed financial study would be completed in May, before the bill is heard in the Appropriations Committee, a key fiscal panel.

"Sen. [Toni] Atkins and I are not just going to do this on a whim," Lara said, referring to his coauthor, a Democrat from San Diego. "We want to make sure it's sustainable."

With the significant unanswered question of funding still looming, lawmakers turned their focus to the implementation of such a system, with ideas including the use of electronic health records and securing waivers from the federal government to administer Medicare and Medi-Cal funds.

"Because I ask questions about how we operationalize the bill, it should not call into question my commitment to healthcare for all," Sen. Holly J. Mitchell (D-Los Angeles) said, emphasizing that her inquiries were on "the issue of how we get it done." 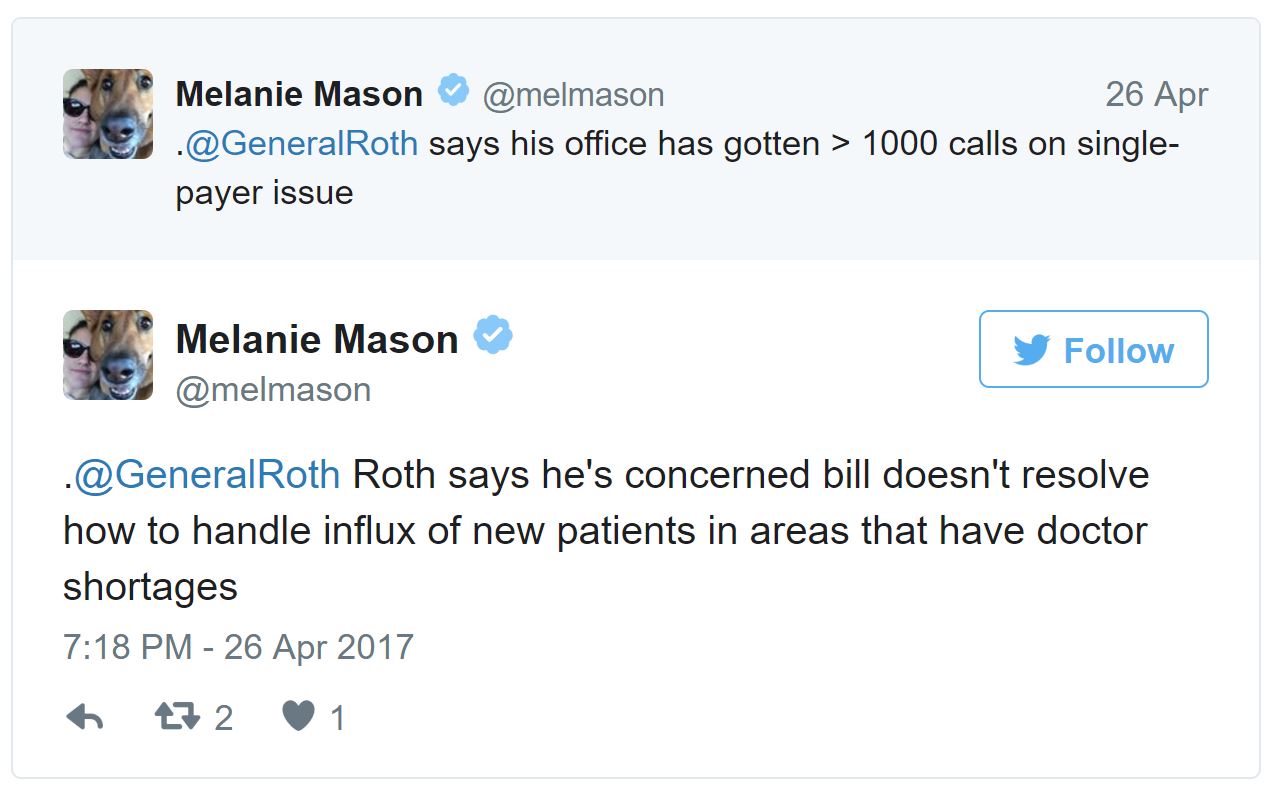 Supporters of the bill turned out in force at the Capitol, many wearing red shirts identifying them as members of the California Nurses Assn., a powerful labor group sponsoring the bill. Other labor groups, including the California Labor Federation, and consumer groups also backed the effort, as well as members of the grass-roots Our Revolution group inspired by the 2016 presidential campaign of U.S. Sen. Bernie Sanders (I-Vt.).

A wide array of business groups opposed the measure, including health insurers, manufacturers and the California Chamber of Commerce, which called the bill a "job killer."

The hearing came on the heels of a fact-finding trip to Canada by Lara, who, who along with two other Democratic senators met with health officials in the provinces of Ontario and Quebec to learn about their single-payer healthcare systems.

In an interview, Lara described how his spring break trip to Canada helped inform his views on public healthcare. He said his Canadian hosts acknowledged their healthcare system was not perfect, pointing to long wait times to see specialists as a legitimate concern.

But other fears, such as whether public healthcare would dampen research and innovation, were assuaged by a visit to a high-tech cardiac center in Toronto, he said.

"It was refreshing for me to see that … under a public system that research and state-of-the-art facilities and care can also exist," Lara said.

None of the Canadian experts warned the senators away from pursuing a single-payer plan, but they recommended a cautious approach, Lara said, particularly when it comes to deciding at the outset what type of care would be covered under the public plan.

The advice was to "be very diligent and thoughtful in terms of what you're going to offer — because once you offer it, you can't take it away," Lara said. They also advised looking to other models — not just Canada's — in crafting a plan for California. Lara said he intends to examine Taiwan's healthcare system, as well as Maryland's "all-payer" system, in which all private insurers pay the same rate for hospital procedures.

Melanie Mason covers state government and politics in Sacramento. She first began working for the Los Angeles Times in 2011 in Washington, D.C., where she covered money and politics during the 2012 presidential campaign. She is originally from Los Angeles and is a graduate of Georgetown University and the UC Berkeley Graduate School of Journalism. @melmason

--
John Case
Harpers Ferry, WV
The Winners and Losers Radio Show
7-9 AM Weekdays, The EPIC Radio Player Stream,
Sign UP HERE to get the Weekly Program Notes.
Check out Socialist Economics, the EPIC Radio website, and
The Poets and Mechanics Quaker Worship Group
Posted by The Red Caboose at 5:59 AM