a good essay on "industrial policy", otherwise known as planning -- :) 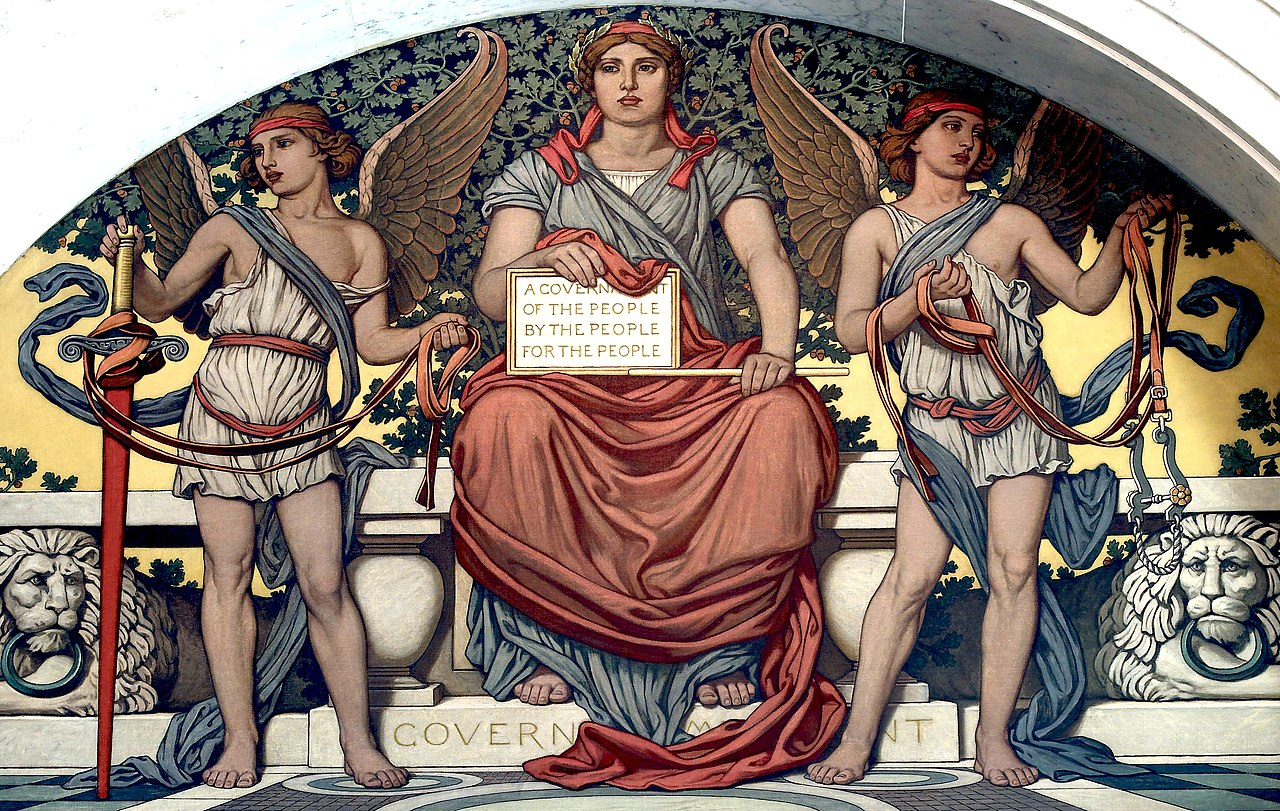 For example, the decision to have the government finance the construction of airports supports the airline industry, as well as air freight, just as the decision to build the highways 70 years ago supported the auto industry and the suburbs. We spend over $50 billion a year on biomedical research, which is a huge subsidy to the pharmaceutical and medical equipment industries.

Recent legislation approved by Congress, the CHIPS Act and the Inflation Reduction Act (IRA), have been seen as big steps in advancing industrial policy. While there is much positive in these bills, there are three important areas where the legislation falls short:

1) The ownership of intellectual property

2) The price of clean energy products supported through the IRA

3) The false promise of manufacturing jobs

These are taken in turn.

This is an absurd subsidy that could redistribute a huge amount of income upward in the decades ahead. It would be comparable to the government paying a company to build a factory, and then giving it ownership of the factory. While the absurdity of this sort of giveaway in the case of a physical product is apparent to anyone, for some reason, it seems natural that we have the government pay for research and then allow companies to gain patent monopolies or other forms of protection to control the product and sell it at a monopoly price.

There is a huge amount of money at stake in this. In responding to the pandemic, Operation Warp Speed gave Moderna close to $900 million to develop and test a coronavirus vaccine. It then allowed Moderna to keep control of the vaccine, adding tens of billions of dollars to its market capitalization and creating at least fiveModerna billionaires.

This sort of outcome should outrage anyone who cares about inequality. The idea that we only pay companies once for their work is not radical. If we pay for the research, then companies should not also be able to get control of the output.

Ideally, all the results of publicly funded research would be in the public domain. This means that anyone could produce a product based on the results, or build on the research to produce a better product. There are other rules that could still allow some further gain by those who did the work, such as compulsory licensing, or an agreement to accept shorter patent monopolies, but keeping the research in the public domain would be the simplest and most equitable route.[1]It would also be important to prohibit non-disclosure agreements by companies working on taxpayer supported research.

Keeping the Price of Products Low

While we want to keep down the price of all products wherever possible, this is especially true of the items being developed to slow climate change. In principle, we would like solar panels, electric car batteries, and other green products to sell at the lowest possible price.

Patent monopolies and other forms of protection push prices in the opposite direction. In many cases, the cost associated with patent monopolies can be a very large share of the price. This is especially true with prescription drugs where the patent is responsible for close to 80 percent of the price of protected drugs on average, and in some cases more than 99 percent.

The share of the price associated with patent protections with items like solar panels or batteries is likely to be considerably lower, since these products do involve a complex manufacturing process and more physical material than drugs. Nonetheless, patents and related protections could still raise the price of these items by 20 to 30 percent. Furthermore, locking up technologies behind patent protection may slow innovation, since other companies will have less access to it.

Since our goal in promoting clean technology is to have it adopted as widely as possible, as quickly as possible, we should very much want to see prices lowered by having all research in the public domain. If the price of solar panels would fall by 25 percent by eliminating any intellectual property claims, this would have the same effect in increasing demand as an additional government subsidy to purchasers of 25 percent of the sale price. This is a big deal.

The False Promise of Manufacturing Jobs

Much of the discussion around both the CHIPS bill and the IRA highlighted provisions in the bills that would lead to more manufacturing in the United States. The view that we should be seeking out jobs in manufacturing specifically, rather than jobs in other sectors of the economy, rests on a misunderstanding of the current nature of manufacturing jobs.

Historically, manufacturing had been a source of relatively good-paying jobs for workers without college degrees. Jobs in manufacturing paid substantially more than jobs in other sectors, after controlling for factors like age, education, and location. This is no longer true. The manufacturing wage premium has fallen sharply in recent decades, so that it is now close to zero.

Trade has been a big factor in the reduction of the manufacturing wage premium. The country lost millions of jobs to imports in the 90s and 00s. The jobs that remained often paid far less than the jobs that were lost. A big part of this story was the decline of unionization in manufacturing. In 1980, close to 20 percent of the manufacturing workforce was unionized. This had fallen to just 7.7 percent by 2021, only slightly higher than the private sector average of 6.1 percent.

Furthermore, there is little reason to believe that the return of manufacturing jobs will mean a substantial increase in unionized manufacturing jobs. From the recession trough in 2010 to 2021, the manufacturing sector added back over 800,000 jobs. However, the number of union members in manufacturing actually dropped by 400,000 over this period.

In short, our trade policies had a devastating impact on manufacturing workers and workers without college degrees more generally, but reversing these policies now will not help the problem. We want these workers to be able to get good paying jobs, but they are no more likely to find them in manufacturing than in any other sector. (It is worth noting that manufacturing employment is still more than 70 percent male.)

There is an issue about the need to have more domestic production for national security reasons, as well as protection against events like the pandemic. This point is true, but often exaggerated. Clearly there is a national security issue when most of our semiconductors come from Taiwan when a conflict with China could quickly choke off this source of supply. However, we could be reasonably comfortable importing semiconductors from Canada, Mexico, and many other countries.

The pandemic did disrupt imports from our trading partners, but we also had many domestic factories shut down during the pandemic. Furthermore, if we think of the range of potential disasters, certainly there are many areas in the United States where production could be stopped for extended periods by hurricanes, floods, or other extreme weather events. What we really need are diverse sources of supply, not just domestic production. A focus on domestic production that doesn’t recognize the need for a diversity of sources, will not create resiliency.

Conclusion – Better Industrial Policy Would be Good, but We Need to Approach it With Clear Eyes

There is much that is good in the recent legislation that has been touted as industrial policy. However, these bills have not been well-structured from the standpoint of reducing income inequality. They also won’t necessarily help to make the economy more resilient in the ways many have claimed.

Industrial policy cannot just be a mantra, whereby calling something industrial policy implies better outcomes. It has to be carefully designed to meet specific goals. If we want to reduce inequality and speedup the adoption of clean technology, we can do much better than the CHIPS Act and the IRA climate provisions.

[1]There would need to be some agreement on sharing research costs and findings internationally, but we already have this problem with the existing IP system. Patent obligations and related protections have been a major source of conflict in the negotiation of recent trade agreements