Hello. Today we look at China's crackdown on big tech and what it means for the economy, the week ahead in global economics and the interplay between evictions and virus infections in America.

A sweeping new vision for the world's second-largest economy is emerging from the crackdown on big tech — one where the interests of investors take a distant third place to ensuring social stability and national security.

That follows  new requirements for data security reviews ahead of overseas IPOs, directives for food-delivery firms to pay staff a living wage and escalating curbs on unaffordable housing, and a crackdown on tutoring companies. Add it all up, and it's leading to a growing realization that the old rules of Chinese business no longer apply and leaving investors wondering which sector will be the next target for regulators. 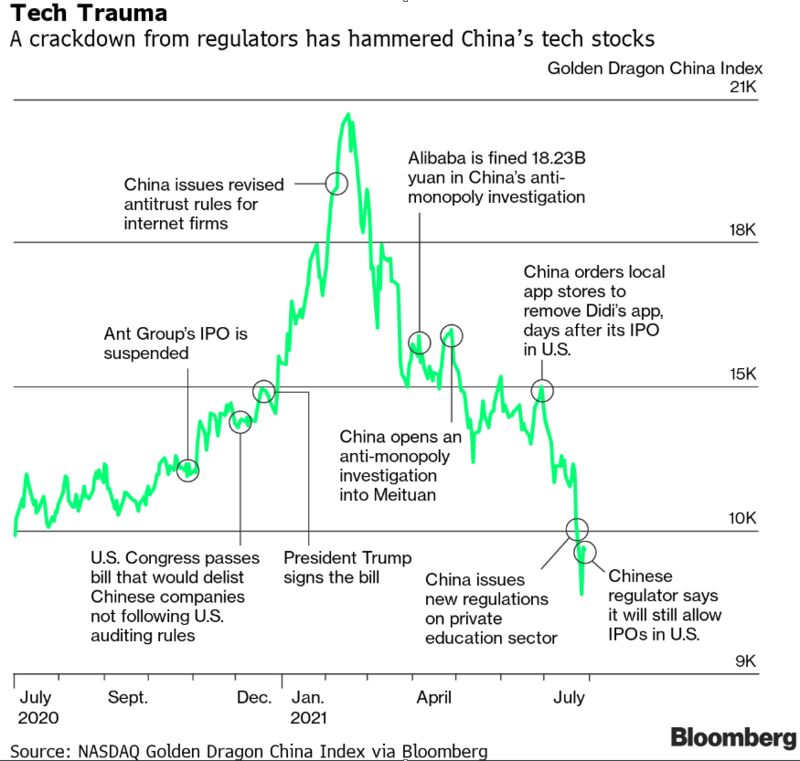 For decades, even as they kept strict control over strategic sectors like banking and oil, China's leaders gave entrepreneurs and investors freedom to drive the adoption of new technologies and open up fresh opportunities for growth. Deng Xiaoping set the tone back in the mid-1980s when he said it was OK if some got rich first. Now, with growth slowing and relations with the U.S. hostile, they're emphasizing different goals.

China this year began a "new development phase," according to President Xi Jinping. It puts three priorities ahead of unfettered growth:

The events of recent weeks, where markets have been rocked by the regulatory onslaught, show investors had better get themselves acquainted with those new priorities as the focus on common prosperity suggests they'll have to settle for a smaller share of the spoils in the future.