Hothouse Earth: here’s what the science actually does – and doesn’t – say [feedly]

Hothouse Earth: here's what the science actually does – and doesn't – say
https://www.globalpolicyjournal.com/blog/13/08/2018/hothouse-earth-heres-what-science-actually-does-and-doesnt-say

A new scientific paper proposing a scenario of unstoppable climate change has gone viral, thanks to its evocative description of a "Hothouse Earth". Much of the media coverage suggests that we face an imminent and unavoidable extreme climate catastrophe. But as a climate scientist who has carried out similar research myself, I am aware that this latest work is a lot more nuanced than the headlines imply. So what does the hothouse paper actually say, and how did the authors draw their conclusions?

First, it's important to note that the paper is a "perspective" piece – an essay based on knowledge of the scientific literature, rather than new modelling or data analysis. Leading Earth System scientist Will Steffenand his 15 co-authors draw on a diverse set of literature to paint a picture of how a chain of self-reinforcing changes might potentially be initiated, eventually leading to very large climate warming and sea level rise.

One example would be the thawing of Arctic permafrost, which releases methane into the atmosphere. As methane is a greenhouse gas, this means the Earth retains more heat, causing more permafrost to thaw, and so on. Other possible self-reinforcing processes include the large-scale die-back of forests, the melting of sea ice, or the loss of ice sheets on land. 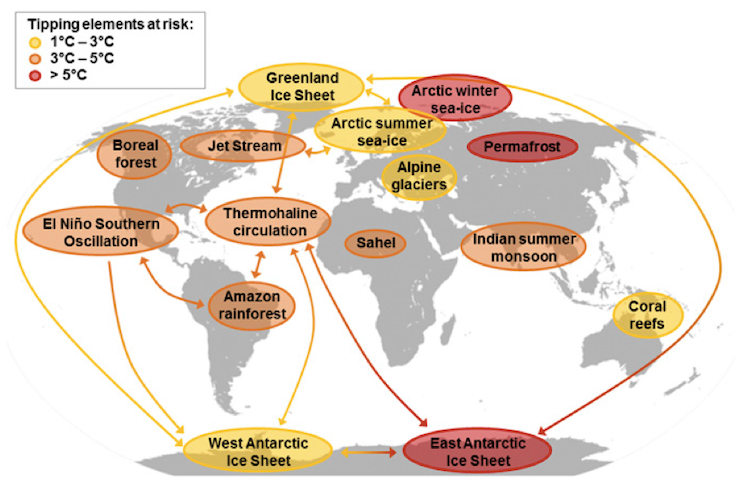 Steffen and colleagues introduce the term "Hothouse Earth" to emphasise that these extreme conditions would be outside those that have occurred over the past few hundred thousand years, which have been cycles of ice ages with milder periods in between. They also present an alternative scenario of a "Stabilised Earth" where these changes are not triggered, and the climate remains similar to now.

The authors make the case that there is a level of global warming which is a critical threshold between these two scenarios. Beyond this point, the Earth System might conceivably become set on a pathway that makes the extreme "hothouse" conditions inevitable in the long term. They argue – or perhaps speculate – that the process of irreversible self-reinforcing changes could in theory start at levels of global warming as low as 2°C above pre-industrial levels, which could be reached around the middle of this century (we are already at around 1°C). They also acknowledge large uncertainty in this estimate, and say that it represents a "risk averse approach".

A key point is that, even if the self-perpetuating changes do begin within a few decades, the process would take a long time to fully kick in – centuries or millennia. 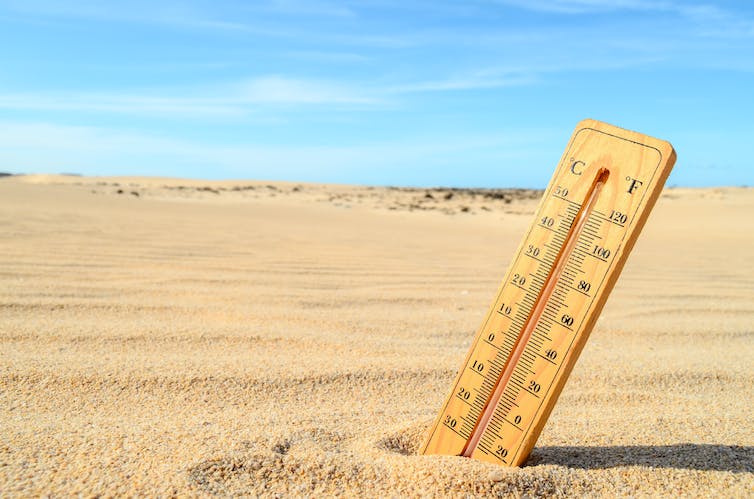 Not just yet. underworld / shutterstock

Steffen and colleagues support their suggestion of a threshold at 2°C through reference to previously-published scientific work. These include other review papers which themselves drew on wider literature, and an "expert elicitation" study in which scientists were asked to estimate the levels of global warming at which "tipping points" for these key climate processes might be passed (I was one of those consulted).

The authors argue that 2°C can still be avoided if humanity takes concerted action to reduce its warming effect on the climate. In a similar way that the "Hothouse Earth" scenario involves huge changes in the climate system with multiple effects of one process leading to another, the concerted global action to avoid 2°C would, they suggest, also involve huge changes in the human system, again with several fundamental steps leading from one change to another.

Personally, I found this an interesting and important think piece that was well worth reading. But since this is not actually new research, why is it getting so much coverage? I suspect that one reason is the use of the vivid "Hothouse Earth" term at a time when everyone's talking about heatwaves. Another is that it's clearly a dramatic narrative, and not surprisingly this has led to some sensationalist articles. 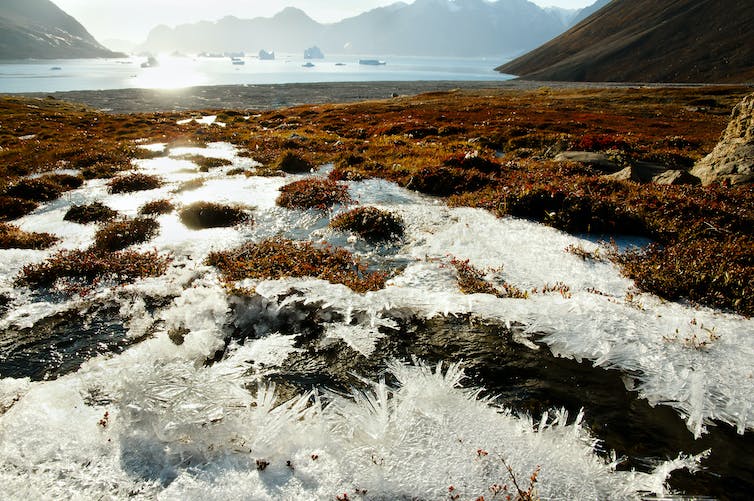 With some exceptions, much of the highest-profile coverage of the essay presents the scenario as definite and imminent. The impression is given that 2°C is a definite "point of no return", and that beyond that the "hothouse" scenario will rapidly arrive. Many articles ignore the caveatsthat the 2°C threshold is extremely uncertain, and that even if it were correct, the extreme conditions would not occur for centuries or millennia.

Some articles do however emphasise the more tentative nature of the work, and some push back against this overselling of the doomsday scenario, arguing that provoking fear or despair is counterproductive.

One thing that strikes me about the scientific literature on "tipping points" is that there are a lot of review papers like this that end up citing the same studies and each other – indeed, my colleagues and I wrote one a while ago. There is a great deal of interesting, insightful research going on using theoretical methods and calculations with large approximations. However, we have yet to see an equivalent level of research in the highly-complex Earth System Models which generate the kind of detailed climate projections used for addressing policy-relevant questions by the Intergovernmental Panel on Climate Change (IPCC).

Steffen and colleagues have made a good start at addressing such questions, going as far as they can on the basis of the existing literature, but their essay should motivate new research to help narrow down the huge uncertainties. This will help us see better whether "Hothouse Earth" is our destiny, or mere speculation. In the meantime, awareness of the risks – however tentative – can still help us decide how to manage our impact on the global climate.

-- via my feedly newsfeed
Posted by The Red Caboose at 2:44 AM