Branko Milanovic: When Autarky becomes the Only Solution [feedly]

When Autarky becomes the Only Solution
https://www.globalpolicyjournal.com/blog/16/04/2018/when-autarky-becomes-only-solution 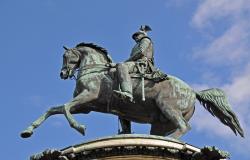 The latest, and by far the most serious, round of US sanctions against Russia has shown two things very clearly—neither of which has received much publicity in the comments so far. The first is the extraordinary power of the modern state. The second is that when powerful states impose sanctions that limit one's access to markets, technology and capital, the only remaining option turns out to be autarky.

I will discuss the two points in turn.

Despite all the talk about the waning power of the state and the rising power of "foot-loose" large corporations what the sanctions do show is that the state is still the most powerful actor in contemporary global capitalism. Apple or Amazon could not impose sanctions and destroy Russia. Actually, no company in the world —even those who are Russia's major customers—could not destroy it. But a state can. Putin showed the power of the Russian state, at the time when it seemed weak and insignificant, when he overnight imprisoned Khodorkovsky, the richest man in Russia, and despoiled him of Yukos. Trump, or rather US treasury, shows the power of US state in destroying overnight the largest aluminum producer in the world

The second lesson is, to a large degree, for Russia the replay of the 1920s. It is today often wrongly asserted that the USSR chose a policy of economic autarky. On the contrary, all the 1920s, as soon as War Communism and foreign intervention ended, was spent by Russia in pursuit of foreign capital with which to rebuild its destroyed industry, and optimistically, to catch up with the West. But that capital was not forthcoming. The Western powers refused to recognize the Soviet government, and since the Soviets repudiated previous debt of the Tsarist Russia, their access to capital markets was shut both because of default on the debt and because of ideological reasons.

This created the situation in which Soviet development had to be conducted entirely based on domestic accumulation and technology. As is well known, the implications of that was first seized by Trotsky and Preobrazhensky:  it meant comprehensive planning  of the economy and extraction of the surplus from the only segment of the population that could generate it: the Soviet peasantry. Soviet industrialization thus took place on the "blood and toil" of Soviet (which essentially meant Ukrainian) peasantry. This policy, which by definition included collectivization, was then, beginning with the First Five-Year plan in 1928 conducted with characteristic brutality by Stalin.

What current sanctions, and those that may yet come (as for example on Gazprom), show is that Russia is now at the same crossroads at which it was in the early 1920s. Its access to Western markets, technology and capital is all but cut off.  It is true that there are nowadays other sources for all three, including in China. But the breadth of sanctions is such that Chinese actors, if they themselves plan to do business or raise money in the United States, will too avoid doing business with Russian entities. So Russian industry will be left to grow, if it can, using only domestic resources, which compared to global resources, are small and inadequate (given how Russia's relative economic and population role in the world has declined). Autarky is thus preordained.

The questions is then whether such an economic choice will also entail, as it did in the 1920s, dictatorial domestic politics. This is quite possible because autarkic developments are hard to implement if there is no corresponding political pressure. Moreover, there would be for sure attempts from those who are affected by sanctions and all those who need access to global markets to reverse the policies that have led to the sanctions. Such attempts make them become direct political foes of the current government. The logic of political repression then becomes inescapable.

It would be wrong however to believe that the current impasse in which Russia finds itself can be overcome through different policies. It could have been done several years ago, but no longer. The reasons listed in the imposition of sanctions that cover everything from the annexation of Crimea to fake news are so comprehensive that no new post-Putin government of any conceivable kind can accept them all. They can be accepted only by a totally defeated country. In addition, US sanctions are notoriously difficult to overturn. The US sanctions against the Soviet Union started in 1948 and were practically never discontinued. The Jackson-Vanik amendment that linked trade to the freedom of Jewish emigration was on the books from 1974 until 2012, i.e. lasted more than a quarter century after the ostensible reason for its imposition ended. And it was repealed only to be replaced by another set of sanctions contained in the Magnitsky Act. The sanctions against Iran have been on, and despite the recent talk of their loosening, for almost 40 years. The sanctions on Cuba have lasted, and many still do, for more than half-century.

Putin has thus, through a series of tactical successes, brought to Russia a comprehensive strategic defeat from which neither him, nor the governments that succeed him, will be able to extricate the country. There is moreover no ideology, short of extreme nationalism, on which the autarkic system can be built. Bolsheviks in the 1920s had an ideology which led them ultimately to accept autarky and to work within it. Such an ideology does not exist in today's capitalist Russia. Yet the industrialization debate of the 1920 may again become indispensable literature for economic policy-making.