Trade Deficit at $57.6 Billion in February
http://www.calculatedriskblog.com/2018/04/trade-deficit-at-576-billion-in-february.html
From the Department of Commerce reported:

The U.S. Census Bureau and the U.S. Bureau of Economic Analysis announced today that the goods and services deficit was $57.6 billion in February, up $0.9 billion from $56.7 billion in January, revised. ... February exports were $204.4 billion, $3.5 billion more than January exports. February imports were $262.0 billion, $4.4 billion more than January imports. 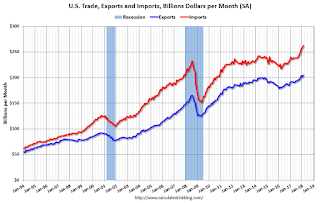 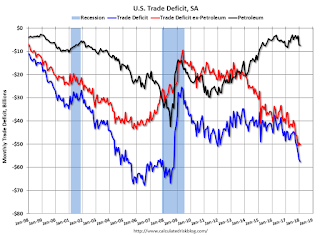 -- via my feedly newsfeed
Posted by The Red Caboose at 5:53 AM