FROM the start of his academic career in the 1950s until 1996, when he died, Hyman Minsky laboured in relative obscurity. His research about financial crises and their causes attracted a few devoted admirers but little mainstream attention: this newspaper cited him only once while he was alive, and it was but a brief mention. So it remained until 2007, when the subprime-mortgage crisis erupted in America. Suddenly, it seemed that everyone was turning to his writings as they tried to make sense of the mayhem. Brokers wrote notes to clients about the "Minsky moment" engulfing financial markets. Central bankers referred to his theories in their speeches. And he became a posthumous media star, with just about every major outlet giving column space and airtime to his ideas. The Economist has mentioned him in at least 30 articles since 2007. 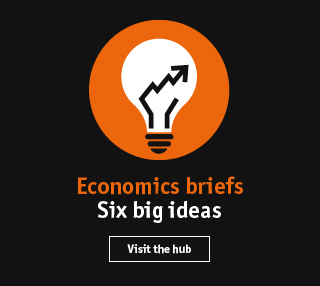 If Minsky remained far from the limelight throughout his life, it is at least in part because his approach shunned academic conventions. He started his university education in mathematics but made little use of calculations when he shifted to economics, despite the discipline's growing emphasis on quantitative methods. Instead, he pieced his views together in his essays, lectures and books, including one about John Maynard Keynes, the economist who most influenced his thinking. He also gained hands-on experience, serving on the board of Mark Twain Bank in St Louis, Missouri, where he taught.

Having grown up during the Depression, Minsky was minded to dwell on disaster. Over the years he came back to the same fundamental problem again and again. He wanted to understand why financial crises occurred. It was an unpopular focus. The dominant belief in the latter half of the 20th century was that markets were efficient. The prospect of a full-blown calamity in developed economies sounded far-fetched. There might be the occasional stockmarket bust or currency crash, but modern economies had, it seemed, vanquished their worst demons.

Against those certitudes, Minsky, an owlish man with a shock of grey hair, developed his "financial-instability hypothesis". It is an examination of how long stretches of prosperity sow the seeds of the next crisis, an important lens for understanding the tumult of the past decade. But the history of the hypothesis itself is just as important. Its trajectory from the margins of academia to a subject of mainstream debate shows how the study of economics is adapting to a much-changed reality since the global financial crisis.

Minsky started with an explanation of investment. It is, in essence, an exchange of money today for money tomorrow. A firm pays now for the construction of a factory; profits from running the facility will, all going well, translate into money for it in coming years. Put crudely, money today can come from one of two sources: the firm's own cash or that of others (for example, if the firm borrows from a bank). The balance between the two is the key question for the financial system.

Minsky distinguished between three kinds of financing. The first, which he called "hedge financing", is the safest: firms rely on their future cashflow to repay all their borrowings. For this to work, they need to have very limited borrowings and healthy profits. The second, speculative financing, is a bit riskier: firms rely on their cashflow to repay the interest on their borrowings but must roll over their debt to repay the principal. This should be manageable as long as the economy functions smoothly, but a downturn could cause distress. The third, Ponzi financing, is the most dangerous. Cashflow covers neither principal nor interest; firms are betting only that the underlying asset will appreciate by enough to cover their liabilities. If that fails to happen, they will be left exposed.

Economies dominated by hedge financing—that is, those with strong cashflows and low debt levels—are the most stable. When speculative and, especially, Ponzi financing come to the fore, financial systems are more vulnerable. If asset values start to fall, either because of monetary tightening or some external shock, the most overstretched firms will be forced to sell their positions. This further undermines asset values, causing pain for even more firms. They could avoid this trouble by restricting themselves to hedge financing. But over time, particularly when the economy is in fine fettle, the temptation to take on debt is irresistible. When growth looks assured, why not borrow more? Banks add to the dynamic, lowering their credit standards the longer booms last. If defaults are minimal, why not lend more? Minsky's conclusion was unsettling. Economic stability breeds instability. Periods of prosperity give way to financial fragility.

With overleveraged banks and no-money-down mortgages still fresh in the mind after the global financial crisis, Minsky's insight might sound obvious. Of course, debt and finance matter. But for decades the study of economics paid little heed to the former and relegated the latter to a sub-discipline, not an essential element in broader theories. Minsky was a maverick. He challenged both the Keynesian backbone of macroeconomics and a prevailing belief in efficient markets.

It is perhaps odd to describe his ideas as a critique of Keynesian doctrine when Minsky himself idolised Keynes. But he believed that the doctrine had strayed too far from Keynes's own ideas. Economists had created models to put Keynes's words to work in explaining the economy. None is better known than the IS-LM model, largely developed by John Hicks and Alvin Hansen, which shows the relationship between investment and money. It remains a potent tool for teaching and for policy analysis. But Messrs Hicks and Hansen largely left the financial sector out of the picture, even though Keynes was keenly aware of the importance of markets. To Minsky, this was an "unfair and naive representation of Keynes's subtle and sophisticated views". Minsky's financial-instability hypothesis helped fill in the holes.

His challenge to the prophets of efficient markets was even more acute. Eugene Fama and Robert Lucas, among others, persuaded most of academia and policymaking circles that markets tended towards equilibrium as people digested all available information. The structure of the financial system was treated as almost irrelevant. In recent years, behavioural economists have attacked one plank of efficient-market theory: people, far from being rational actors who maximise their gains, are often clueless about what they want and make the wrong decisions. But years earlier Minsky had attacked another: deep-seated forces in financial systems propel them towards trouble, he argued, with stability only ever a fleeting illusion.

Yet as an outsider in the sometimes cloistered world of economics, Minsky's influence was, until recently, limited. Investors were faster than professors to latch onto his views. More than anyone else it was Paul McCulley of PIMCO, a fund-management group, who popularised his ideas. He coined the term "Minsky moment" to describe a situation when debt levels reach breaking-point and asset prices across the board start plunging. Mr McCulley initially used the term in explaining the Russian financial crisis of 1998. Since the global turmoil of 2008, it has become ubiquitous. For investment analysts and fund managers, a "Minsky moment" is now virtually synonymous with a financial crisis. 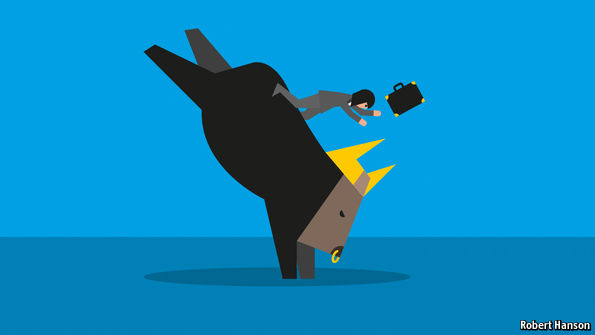 Minsky's writing about debt and the dangers in financial innovation had the great virtue of according with experience. But this virtue also points to what some might see as a shortcoming. In trying to paint a more nuanced picture of the economy, he relinquished some of the potency of elegant models. That was fine as far as he was concerned; he argued that generalisable theories were bunkum. He wanted to explain specific situations, not economics in general. He saw the financial-instability hypothesis as relevant to the case of advanced capitalist economies with deep, sophisticated markets. It was not meant to be relevant in all scenarios. These days, for example, it is fashionable to ask whether China is on the brink of a Minsky moment after its alarming debt growth of the past decade. Yet a country in transition from socialism to a market economy and with an immature financial system is not what Minsky had in mind.

Shunning the power of equations and models had its costs. It contributed to Minsky's isolation from mainstream theories. Economists did not entirely ignore debt, even if they studied it only sparingly. Some, such as Nobuhiro Kiyotaki and Ben Bernanke, who would later become chairman of the Federal Reserve, looked at how credit could amplify business cycles. Minsky's work might have complemented theirs, but they did not refer to it. It was as if it barely existed.

Since Minsky's death, others have started to correct the oversight, grafting his theories onto general models. The Levy Economics Institute of Bard College in New York, where he finished his career (it still holds an annual conference in his honour), has published work that incorporates his ideas in calculations. One Levy paper, published in 2000, developed a Minsky-inspired model linking investment and cashflow. A 2005 paper for the Bank for International Settlements, a forum for central banks, drew on Minsky in building a model of how people assess their assets after making losses. In 2010 Paul Krugman, a Nobel prize-winning economist who is best known these days as a New York Times columnist, co-authored a paper that included the concept of a "Minsky moment" to model the impact of deleveraging on the economy. Some researchers are also starting to test just how accurate Minsky's insights really were: a 2014 discussion paper for the Bank of Finland looked at debt-to-cashflow ratios, finding them to be a useful indicator of systemic risk.

Still, it would be a stretch to expect the financial-instability hypothesis to become a new foundation for economic theory. Minsky's legacy has more to do with focusing on the right things than correctly structuring quantifiable models. It is enough to observe that debt and financial instability, his main preoccupations, have become some of the principal topics of inquiry for economists today. A new version of the "Handbook of Macroeconomics", an influential survey that was first published in 1999, is in the works. This time, it will make linkages between finance and economic activity a major component, with at least two articles citing Minsky. As Mr Krugman has quipped: "We are all Minskyites now."

Central bankers seem to agree. In a speech in 2009, before she became head of the Federal Reserve, Janet Yellen said Minsky's work had "become required reading". In a 2013 speech, made while he was governor of the Bank of England, Mervyn King agreed with Minsky's view that stability in credit markets leads to exuberance and eventually to instability. Mark Carney, Lord King's successor, has referred to Minsky moments on at least two occasions.

Will the moment last? Minsky's own theory suggests it will eventually peter out. Economic growth is still shaky and the scars of the global financial crisis visible. In the Minskyan trajectory, this is when firms and banks are at their most cautious, wary of repeating past mistakes and determined to fortify their balance-sheets. But in time, memories of the 2008 turmoil will dim. Firms will again race to expand, banks to fund them and regulators to loosen constraints. The warnings of Minsky will fade away. The further we move on from the last crisis, the less we want to hear from those who see another one coming.

LATER IN THIS SERIES:
• The Stolper-Samuelson theorem
• The Keynesian multiplier
• The Nash equilibrium
• The Mundell-Fleming trilemma

John Case
Harpers Ferry, WV
The Winners and Losers Radio Show
7-9 AM Weekdays, WSHC-Listen Live, Shepherd University
Sign UP HERE to get the Weekly Program Notes.
Check out Socialist Economics.
Posted by The Red Caboose at 2:55 AM