Simon's claim that Corbyn is the lesser of two evils has had a lot of pushback. Some say Corbyn is more antisemitic than we think, others that we do indeed have other choices*. All this, however, raises the question: how have we gotten into the position where the choices of future Prime Minster are so poor? The worse you think Corbyn is, the more force this question has.

The answer, to a large extent, is that centrists have failed. They had the ball - New Labour and the LibDems were in office for 18 years – and they dropped it. Johnson and Corbyn have risen as centrism has fallen. Centrists show an astounding lack of self-awareness about their own abject failure.

Corbyn is popular – insofar as he is – not because he is a political genius (he's not) nor because many of us have become antisemites or have lost our minds. His popularity – especially with young graduates – rests upon material economic conditions. The degradation of professional occupations and huge gap between the top 1% and others have radicalized young people in erstwhile middle-class jobs; financialization has made housing unaffordable for youngsters; and a decade of stagnant real wages – the product of inequality and the financial crisis - has increased demands for change.

There's nothing inevitable about young people being radical: in the 1987 election the Tories won the 25-34 year-old vote and only narrowly lost among 18-24 year-olds. Young people's support for Corbyn is because capitalism as it currently exists has failed them - and it has done so because centrists have let it. 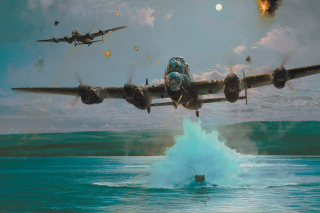 The same can be said of Brexit. Austerity, at the margin, tipped the balanceagainst Remainers. The marginal Brexit voter wasn't some gammon who thinks Dambusters should the role model for our relations with the EU. It is someone who was cheesed off with living in a run-down area and being ignored by the (centrist) elite.

Centrists are oblivious to all this. The tiggers or cukkers or whatever they call themselves today have no awareness of the reality of capitalist stagnation, let alone have an answer to it. Corbyn became Labour leader because his rivals (with the partial exception of Liz Kendall) had no worthwhile material programme to offer. The LibDems acquiesced in the austerity that led to both Brexit and Corbynism. And the centre right merely wags its finger at voters to tell them they got it wrong, whilst showing no awareness that its own policies are responsible for Brexit, and no appreciation that the slogan "take back control" had so much power for so many voters.

Leftists often accuse centrists of being Blairite. This is a slur upon Blair. His genius was to recognise in the 1990s that the world had changed and that new policies were needed for new times. Centrists today are innocent of such insight. They are stuck in a 1990s timewarp. It is Corbyn who is the true heir to Blair, as he sees – albeit perhaps in the same way that a stuck clock is right twice a day – that our times require new policies. He at least offers a faint shadow of a glimmer of slim hope of an alternative to the neoliberal financialization that got us into this mess. Centrists offer jack-shit.

Even the IMF now acknowledges that inequality is a menace to economies. Whilst some individual centrists get this (I'm looking at you Paddy and Tony) centrist politicians do not.

Now, some might object here that aspects of the LibDems 2017 manifesto were more redistributive that Labour's, which was insufficiently hostile to the benefit freeze. But LibDem manifestos are a soft currency: the 2010 one said nothing about trebling tuition fees or supporting austerity, benefit cuts and the hostile environment policy. Redistribution is part of the soul of the Labour left; the same cannot be said for the LibDems. As I said in another context, if you've got yourself a reputation for laziness you need to work doubly hard if you are to lose it. The LibDems are not doing so.

You might also object that politics is about more than economics, and that the battleground now is about culture and identity rather than a few quid here or there. This misses the point. The great virtue of economic growth, as Ben Friedman showed, is that it creates a climate in which toleration and openness can thrive. Stagnation, by contrast, gives us closed minds, intolerance and fanaticism. If centrists are sincere in wanting a more civilized and tolerant politics, they must create the material conditions for these. In fact, in office they did the opposite.

It's common to claim that Corbyn has enabled antisemitism. But it is centrists who enabled Corbynism by creating the conditions in which he – and indeed the far right – can thrive. A serious politics requires an awareness that political behaviour has a structural basis and offers a way of creating the structures that generate the ideals they favour. Centrists, however, do none of this. All they have is a sense of their own entitlement to rule and a smug moral superiority.

Rather than wag the finger at those of us who feel compelled to make the tragic choice between two deeply flawed potential Prime Ministers, centrists should show more humility and more cognizance that it is their acquiescence in inequality and austerity that got us into this mess.

* I know we do: I voted Green in the euro elections, but Jonathan Bartley and Sian Berry aren't going to be Prime Minister.

VISIT WEBSITE
-- via my feedly newsfeed
Posted by The Red Caboose at 5:56 AM