Short answer: capitalism. However, using the current macro economic dialog between Monetarists and Keynesians in the context of the UK Brexit debate and its side-effects, Chris Dillow asks some probing questions about the historical efforts to stabilize what may be inherently impossible to stabilize. Nonetheless it IS possible to constrain the domains of market relations by the adoption of industrial policies and the expansion of free or nearly free goods and services widely used or needed. Buddhist version: For some people, or peoples in some eras, from birth you must ride the tiger, and you must stay on his back until he collapses from exhaustion. If you fall, or leap off, the tiger will kill you.
Obstacles to full employment
https://stumblingandmumbling.typepad.com/stumbling_and_mumbling/2019/02/obstacles-to-full-employment.html

Is full employment sustainable? For me, this is one question posed by the row between Richard Murphy and Jonathan Portes and Simon Wren-Lewis over Labour's proposed fiscal rule.

Richard describes the difference between them thus:

I am seeking a stable, sustainable economy with full employment. They are seeking the restoration of the model of central bank monetarism that existed from 1999 to 2008 in the UK, with well-known consequences.

This is because Portes and Wren-Lewis want to use fiscal policy to inflate the economy away from the zero lower bound, so that interest rates can again be used for macroeconomic stabilization.

Richard's desire, however, runs into a problem. Economists generally agree that at some point high employment will trigger rising inflation. What this point is is an empirical question. The fact that inflation has been quite stable since the early 90s whilst unemployment has not been makes me suspect it might be further off than the Bank of England thinks, but that's by-the-by. Which poses the question: what should we do to curb this inflation? 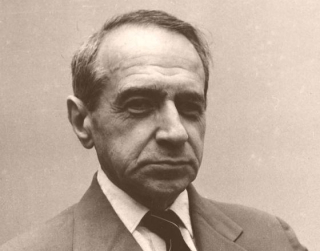 The conventional view, which Simon and Jonathan take, is to raise interest rates. But Richard and MMTers are right to say this isn't the only possibility; in theory tax rises are also an option, as could be public spending cuts or reverse QE. For me, this too is an empirical matter: my weak prior is to favour interest rates to some extent.

All of these policies, however, control inflation by depressing aggregate demand thereby tending to raise unemployment.

Now, you could reject this by appealing to the idea of wage-led (pdf) growth (pdf). The prospect of continued full employment - and the wage rises and high demand it would bring with it  - might encourage firms to expand capacity and invest in raising productivity. That would help hold down inflation.

I fear, though, that it might not be so successful this time. In the 50s there was a backlog of potential investments and innovations for firms to exploit. That facilitated high capital spending and rapid productivity gains. It's not clear we have such a backlog today.

We also know that wage-led growth ultimately failed in the 70s. There are two particular dangers here. We can call them the Minskyan and the Kaleckian.

The Minskyan one is that stability eventually begets instability. Confidence that demand will stay high could incentivize companies to over-invest thus reducing profits; or encourage banks to make ever-riskier loans; or cause share prices to rise too high. We saw all of these in the early 70s. I don't know if Richard is right to say that higher interest rates will trigger another credit crisis. But I do suspect that he underplays the extent to which capitalism can generate crises even without significantly higher interest rates.

The Kaleckian danger is that:

Under a regime of permanent full employment, the 'sack' would cease to play its role as a 'disciplinary measure. The social position of the boss would be undermined, and the self-assurance and class-consciousness of the working class would grow. Strikes for wage increases and improvements in conditions of work would create political tension.

As we saw in the 70s, this can lead to lower investment and hence weaker aggregate demand and rising unemployment. I suspect this will be a problem for any government seeking full employment: capitalists have got used to decades of unemployment and so would regard its absence as weird, and this alone could depress animal spirits.

There are, therefore, big obstacles to lasting full employment within a capitalist economy: a job guarantee, as I understand it, highlights these obstacles more than it overcomes them.

For me, this is why many debates about macroeconomics leave me a little cold. They miss the point that there might be severe limits, within a capitalist economy, to how much even the best policies can achieve.