Looks like the vaccinations are having an impact, at least on biz hiring and recalls. Perhaps too soon to tell if this, like "de-masking" neanderthalism, will track, or just ruin, recovery.
US economy adds 379,000 payrolls in February, smashing forecasts as virus cases tumble
https://www.businessinsider.com/february-jobs-report-379000-payrolls-unemployment-rate-labor-market-recovery-2021-3?utm_source=feedly&utm_medium=webfeeds 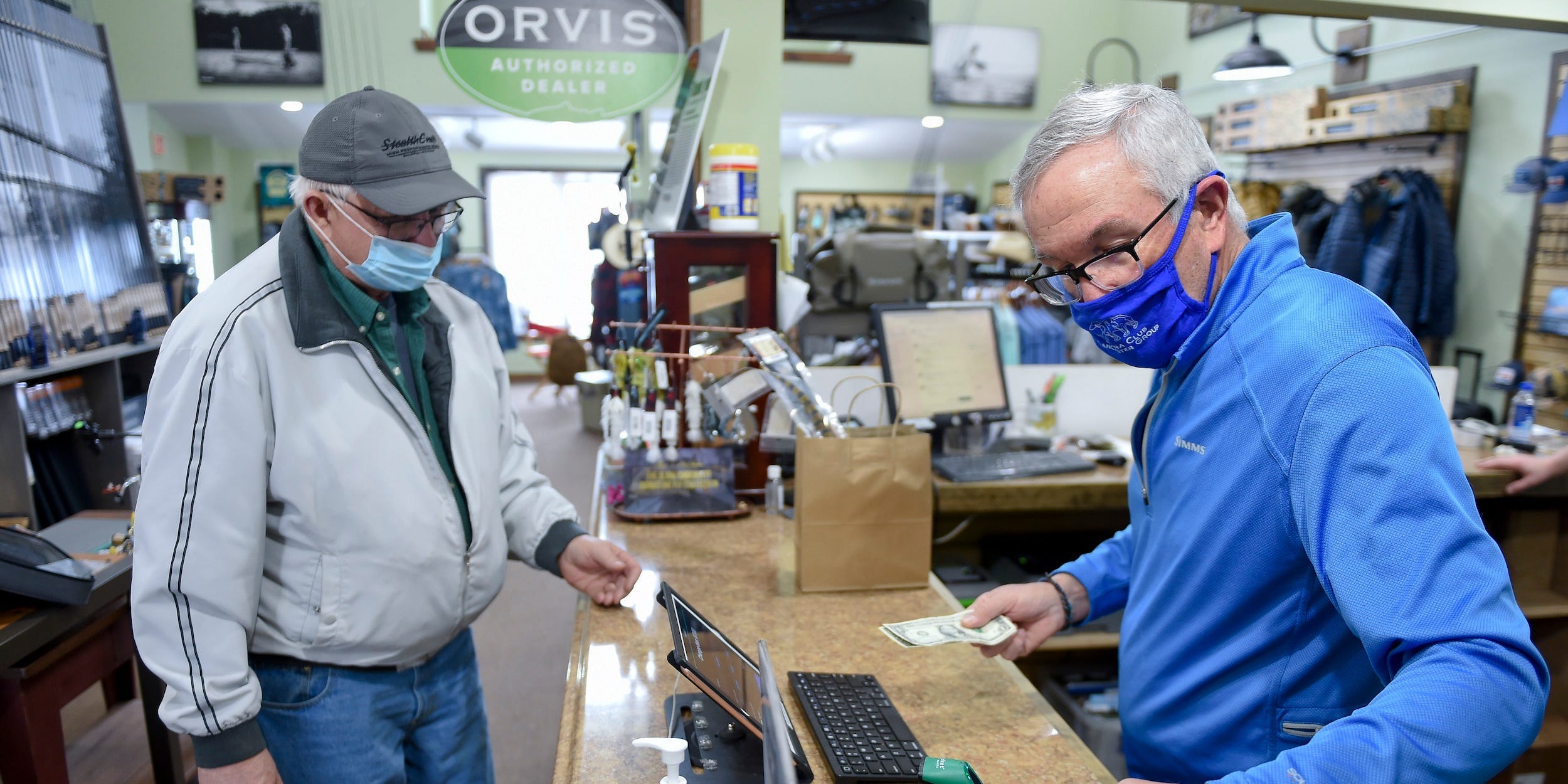 The US labor-market recovery accelerated in February as daily COVID-19 cases swiftly declined and the pace of vaccinations improved.

The increase follows a revised 166,000-payroll jump in January. The labor market has now grown for two straight months after contracting in December as virus cases surged.

The US unemployment rate fell to 6.2% from 6.3%, according to the government report. Economists expected the rate to drop to stay steady at 6.3%. The U-6 unemployment rate - which includes workers marginally attached to the labor force and those employed part-time for economic reasons - remained at 11.1%.

The labor force participation was also unchanged at 61.4%. A falling participation rate can drag the benchmark U-3 unemployment rate lower, but such declines signal deep scarring in the labor market.

Jobless claims data and private-payrolls reports offer some detail as to how the labor market fared through February, but the BLS release paints the clearest picture yet as to how the pandemic has affected workers and the unemployed.

Roughly 13.3 million Americans cited the pandemic as the main reason their employer stopped operations. That's down from 14.8 million people in January.

The number of people saying COVID-19 was the primary reason they didn't seek employment dropped to 4.2 million from 4.7 million.

About 22.7% of Americans said they telecommuted because of the health crisis. That compares to 23.2% in January.

Roughly 2.2 million Americans said their job loss was temporary, down from 2.7 million the month prior. The number of temporary layoffs peaked at 18 million in April, and while the sum has declined significantly, it still sits well above levels seen before the pandemic.

The Friday reading affirms that, while the economy is far from fully recovered, the pace of improvement is picking up, most likely tied to the steady decline in daily new COVID-19 cases. The US reported 54,349 new cases on the last day of February, down from the January peak of 295,121 cases. Hospitalizations and daily virus deaths have similarly tumbled from their early 2021 highs, according to The COVID Tracking Project.

All the while, the country has ramped up the distribution and administration of coronavirus vaccines. The US has so far administered more than 82.6 million doses, according to Bloomberg data. The average daily pace of vaccinations climbed above 2 million on March 3 and has so far held the level. At the current rate, inoculating three-quarters of the US population would take roughly six months, but the Biden administration has a rosier outlook.

The president on Tuesday announced the US will have enough vaccines for every adult by the end of May. While distributing the shots will likely last beyond May, the new timeline marks a two-month improvement to the administration's previous forecast.

Still, other data tracking the labor market points to a sluggish rebound. Initial jobless claims totaled 745,000 last week, according to Labor Department data published Thursday. That was below the median economist estimate of 750,000 claims but a slight increase from the previous week's revised sum of 736,000. Weekly claims counts have hovered in the same territory since the fall as lingering economic restrictions hinder stronger job growth.

Continuing claims, which track Americans receiving unemployment benefits, fell to 4.3 million for the week that ended February 20. The reading landed in line with economist projections.

Other corners of the economy are faring much better amid the warmer weather and falling case counts. Retail sales grew 5.3% in January, trouncing the 1% growth estimate from surveyed economists. The strong increase suggests the stimulus passed at the end of 2020 efficiently lifted consumer spending in a matter of weeks.

All signs point to another fiscal boost being approved over the next few days. Senate Democrats voted to advance their $1.9 trillion stimulus plan on Thursday, kicking off a period of debate before a final floor vote. President Joe Biden has said he aims to sign the bill before expanded unemployment benefits lapse on March 14. The new package includes $1,400 direct payments, a $400 supplement to federal unemployment insurance, and aid for state and local governments.

The bill isn't yet a done deal. Sen. Ron Johnson of Wisconsin forced a read-out of the entire 628-page bill on Thursday, as Republicans seek to at least drag out its passage into law. Not a single Republican senator voted to advance the bill on Thursday.

A process known as "vote-a-rama" will start after the 20 hours of debate and give Republicans the chance to further impede a final vote by introducing potentially hundreds of amendments to the bill.

-- via my feedly newsfeed
Posted by The Red Caboose at 3:32 AM