Yellen tells Congress that raising the federal minimum wage to $15 would have 'minimal' impact on jobs
https://www.businessinsider.com/minimum-wage-increase-minimal-effect-on-jobs-yellen-says-2021-1?utm_source=feedly&utm_medium=webfeeds 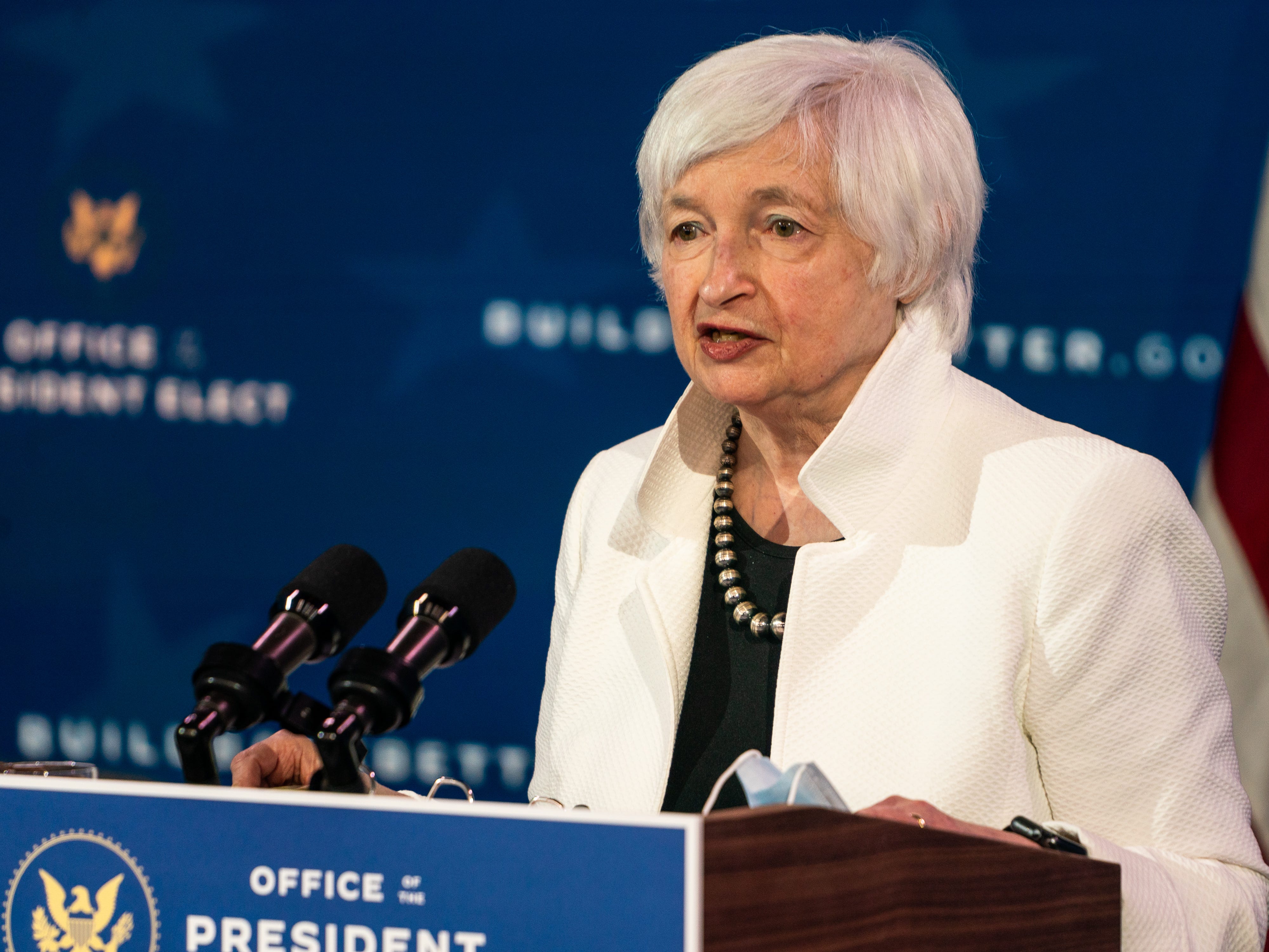 Treasury Secretary nominee Janet Yellen said that a $15 minimum wage increase will not have significant effects on the job market, responding to concerns from Republican lawmakers.

In her confirmation hearing on Tuesday, Yellen addressed President-elect Joe Biden's announcement to increase the federal minimum wage to $15 an hour in his stimulus plan. Although the plan was widely supported by Democrats and a majority of the public, conservatives said that raising the minimum wage would be detrimental to the economy and labor markets across the country. Sen. Tim Scott of South Carolina said during the hearing that increasing the minimum wage would "shutter somewhere around 3.7 million jobs on the high end, a minimum of 1.3 million jobs in our economy."

"How do we grapple with parts of this package that really are philosophical in nature and denies the practical reality that comes from it?" Scott asked.

The $15 minimum wage increase has been argued over by lawmakers and economists, with conservative economists citing the same concerns as Scott, Insider previously reported.

But Yellen said that economic literature has shown that a minimum wage increase will only have minimal effects on job loss, overall benefitting the economy.

"Researchers often look at what happens if one state raises its minimum wage and a neighboring state leaves it alone to see how businesses fare in the two different places with different treatments, and the findings are that job loss is very minimal, if anything," Yellen said.

As a part of Biden's $1.9 trillion stimulus plan unveiled last week, raising the minimum wage remains a largely disputed issue and will be a component of the plan that will likely encounter further debate.

Overall, Yellen and Democratic lawmakers support the increase as an attempt to provide relief to families who have suffered from the pandemic.

"Right now, we have millions of American workers who are putting their lives on the line to keep their communities functioning, and sometimes even working multiple jobs and aren't earning enough to put food on the table." Yellen said. "...They're suffering in countless ways, especially during this pandemic and really struggling to get by, and raising the minimum wage would really help many of those workers."

Read the original article on Business Insider
-- via my feedly newsfeed
Posted by The Red Caboose at 3:26 AM