No Class: Why You Should Be Getting Your Labor News from Teen Vogue [feedly]

No Class: Why You Should Be Getting Your Labor News from Teen Vogue
https://workingclassstudies.wordpress.com/2020/08/31/no-class-why-you-should-be-getting-your-labor-news-from-teen-vogue/

Last Wednesday NBA players refused to take the court for their playoff games in order to protest the latest police shooting of an unarmed Black man, Jacob Blake of Kenosha, Wisconsin, who survived the shooting but is now paralyzed. In response, the Milwaukee Bucks refused to play their scheduled game. This shocking announcement reverberated throughout the sports world, and the Bucks were soon joined by all the other NBA playoff teams, the Women's NBA, Major League Soccer (MLS), and several Major League Baseball (MLB) teams.

Most media outlets didn't know how to respond to the job action. They couldn't even figure out what to call it. Many journalists described it as a boycott, while others simply reported that the games had been 'canceled' or 'postponed.'

You might be surprised to hear about one publication that covered the NBA action with speed and accuracy: Teen Vogue. On Thursday, August 27, Teen Voguereported that, "[p]layers in four major sports leagues have refused to play games in one of the most high-profile wildcat strikes in modern history." And, just in case the average Teen Vogue reader doesn't know what a strike is, let alone a wildcat strike, the article ends with a link to the magazine's labor columnist Kim Kelly's explainer from 2019, "Everything You Need to Know about a General Strike." 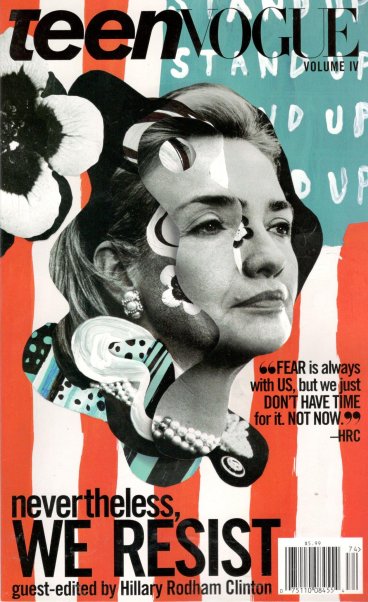 The answer has a lot to do with Kelly herself. She grew up without cable, without the internet, or even the occasional rap CD in Chatsworth, NJ, a place she describes as a "poor, working class, white rural community." Born in the late 1980s to a working-class family (her dad and her uncles are in construction), she became a devoted fan of heavy metal music in her teen years. As Kelly told me, "Heavy metal is the music of the disaffected working class, and it is not very well understood. Heavy metal was forged in a factory. It is an outcast and underappreciated art form, often trashed by mainstream music critics."

While working toward her goal of writing about heavy metal for a living, Kelly did virtually every job in the industry, from band PR to merchandise sales, all the while contributing to college papers, zines, and blogs. Eventually she got a job as the heavy metal editor for Vice magazine.

Kelly's interest in the labor movement started the old-fashioned way: she joined it. According to New Labor Forum, not long after Kelly became a "permalancer" at Vice, a co-worker reached out to her about the idea of unionizing the online publication, and she was "immediately on board." It took them just two weeks to get a majority of Vice writers to sign union cards, joining up with the Writers Guild of America. The next thing she knew, Kelly was on the bargaining committee and was helping to negotiate their first contract.

A few years later, after doing some freelance work for Teen Vogue, Kelly pitched the magazine a profile of the Gilded Age labor organizer and hell-raiser, Mother Jones. Her editor suggested that the Teen Vogue readers might need an explainer on unions before she could tackle a profile of Jones. And that was how "No Class," Kelly's regular labor column for Teen Vogue, was born. This summer alone she has written about embattled postal workers, the need for class solidarity, left and right politics in the building trades, and Rebecca Harding Davis's classic work, Life in the Iron Mills. She's also written an explainer on capitalism and a persuasive argument against police unions.

Kelly understands that the magazine's target audience, young women between 13 and 24, are part of an extremely well informed and politically active generation. She points to phenomena like IRA TikTok and Communist TikTok. "There are kids on Twitter who know more about anarchist theory than I ever will. You can stream any record you want in the course of an afternoon. Information access is contributing to the politization of teens," she says.

Teen Vogue has come under attack from conservative media personalities such as Tucker Carlson. It has also been called out for turning wokeness into a slick commodity. But the quality — and the success — of the Teen Vogue labor column points to some long-standing contradictions within corporate media, as well as emerging phenomena in American society.

First, the contradiction: capitalist media, especially in times of extreme competition, will sponsor content that undermines and/or contradicts some of the goals of a capitalist agenda. This contradiction allows Teen Vogue/Condé Nast to pay Kelly to write a labor column in which she critiques capitalism while also selling ad space to Target, IBM, Verizon, Light Life Plant Based Burgers, Ulta, and Tressemé (to name a few), all of which hope to win new converts among  young feminists, teens of color, LBGTQ youth, adolescent Democratic Socialists, tween anarchists, and those Communist-curious who are still too young to drink.

The emerging phenomena include a new hunger among younger Americans for useful, accessible information about how to organize. After all, Teen Vogue'saudience today is tomorrow's labor force. The American working class is, no longer, as Kelly, quipped, "male, pale and stale." Working-class Americans are younger, and they include a majority of women workers, more workers who identify as LGBTQ, more immigrants, and more workers who are black, indigenous, people of color (BIPOC). As Kelly puts it, there are "a million ways to be working class."

As a union member herself, Kelly doesn't just come from a working-class background. She is a leader of the new working class. And she is gaining positive attention for her work. Since she started contributing to Teen Vogue she has been interviewed by the State of the Union podcast and  the Real News Network, and she has been called the "coolest person on the internet." This summer she signed a book deal with One Signal to write a history of the labor movement, Fight Like Hell. She plans to feature the labor struggles of women, immigrants, people of color, and LGBTQ workers that do not always get covered in mainstream, academic labor tomes.

As Mother Jones famously said, "Pray for the dead and fight like hell for the living." And, while you're at it, read some of Kim Kelly's "No Class." Her labor columns are some of the most inspiring writings on class that I've read in a long time.

-- via my feedly newsfeed
Posted by The Red Caboose at 4:29 AM