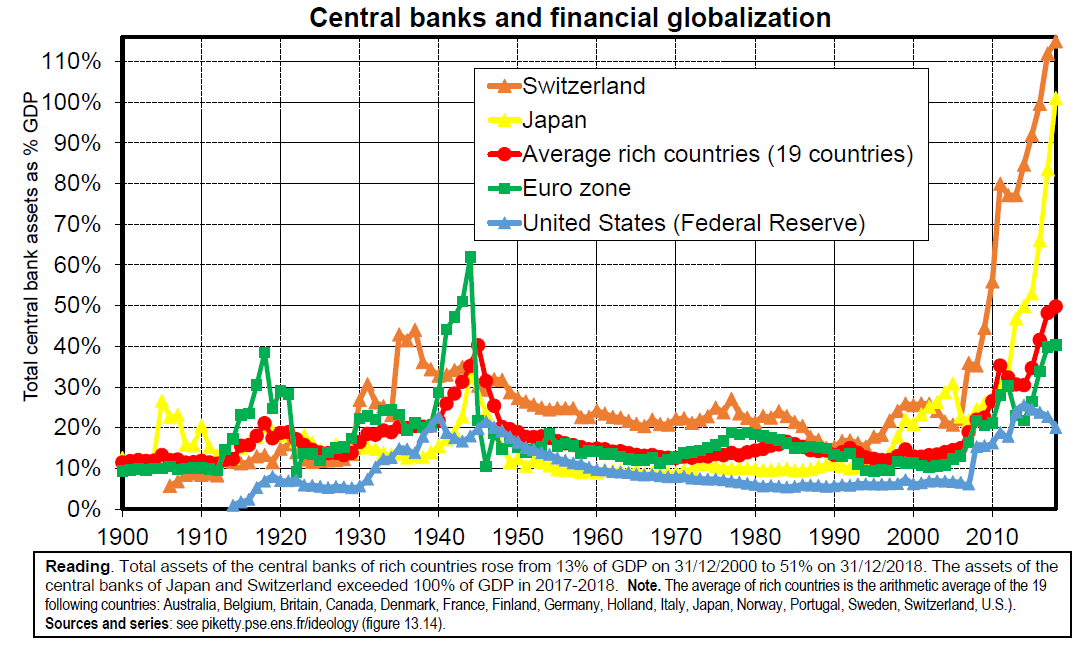 Could the Covid-19 crisis accelerate the adoption of a new, more equitable and more sustainable development model? The answer is yes, but under certain conditions. There must be a clear change in priorities and a certain number of taboos in the monetary and fiscal sphere must be challenged. This sector must work to the benefit of the real economy and used to serve social and ecological goals.

In the first instance, we must use this forced shutdown to re-start on a different footing. After a recession of this type, the public authorities are going to have to play a pivotal role to restore growth and employment. But this has to be done by investing in new sectors (health, innovation, the environment) and by deciding on a gradual and lasting reduction in the most carbon-creating activities. In material terms, millions of jobs have to be created and salaries raised in hospitals, schools and universities, thermal renovation of buildings, community services.

In the immediate future, this can only be financed by debt and with the active support of the central banks. Since 2008, central banks have created massive amounts of money to save private banks from the financial crisis which they had themselves provoked. The Eurosystem balance sheet (the network of European central banks, guided by the ECB) rose from 1150 billion Euros at the beginning of 2007 to 4675 billions Euros at the end of 2018, that is, from barely 10% to almost 40% of the Euro Zone GDP (12 000 billion Euros). This policy probably enabled the avoidance of the series of bankruptcies which led the world into the Great Depression in 1929. But this monetary creation, decided behind closed doors, and outwith any adequate democratic embeddedness, has also contributed to boosting the stock market and property prices, and to making the richest even richer, without resolving the structural problems of the real economy (lack of investment, rise in inequality, environmental crisis).

Now there is a real risk that we will simply continue in the same direction. To address the Covid-19 crisis, the ECB launched a new asset purchasing programme. The Eurosystem's balance sheet shot up, rising from 4692 billion Euros on 28 February to 5395 billion on 1st May 2020 (according to the data published by the ECB on 5th May). Despite the amount, this massive monetary injection (700 billion in two months) is not going to be sufficient: the spread of interest rates to the detriment of Italy, which had fallen in mid-March following the ECB's announcements, rose again very rapidly.

What should be done? In the first instance, realise that the Euro zone will remain fragile as long as it chooses to continue to submit its 19 interest rates to market speculation. Adopting the means to issue a joint debt with one and the same interest rate is a matter of urgency. Contrary to what one sometimes hears, the aim is primarily to mutualise the interest rate and not to force some countries to repay the debt of others. The countries who consider to be the most advanced on this question (France, Italy, Spain) must formulate a precise and operational proposal and, concomitantly, the creation of a parliamentary Assembly enabling the democratic supervision of the system (along the lines of the Franco-German Assembly created last year but with real powers and open to all those countries who wish to join). Germany, which is being urged by its constitutional judges to clarify its relation with Europe will probably choose to participate once a solid proposal is on the table and her main partners are ready to go forward. In any event, the urgency is such that we cannot sit back with folded arms waiting for a unanimous decision which will never come.

Then, and more importantly, we must make clear that the new money creation must  be used to finance the relaunch of a green and social economy and not to boost the stock market. The Spanish government proposed the issue of between 1000 and 1500 billion Euros of joint debt (approximately 10% of the Euro zone GDP) and that this interest-free debt be included in the ECB balance sheet on a perpetual basis (or on a very long term basis).  In this connection, we should bear in mind that the German external debt was frozen in 1953 (and definitively waived in 1991) and that the remainder of the huge post-war public debt was extinguished by a special levy on the highest financial wealth holdings (which will also be necessary this time again). The Spanish proposal must be supported, and repeated if necessary, for as long as inflation remains moderate. I would like to point out that the European treaties do not give any definition of the price stability objective (it is the ECB which fixed the target at 2%: it could equally be 3% or 4%). These same treaties indicate that the ECB must work towards the implementation of the general aims of the Union, which include full employment, social progress and the protection of the environment (Article 3 of the Treaty on European Union).

What is certain is that it is impossible to raise amounts of this sort without resorting to loans. The people in Brussels who talk in terms of enormous numbers in relation to the Green Deal without proposing any financing do nothing for the reputation of politics. By definition, this means that they are recycling sums of money already earmarked for something else (for example, by taking back resources from the meagre budget of the EU which is barely 150 billion Euros per annum or 1% of the European GDP); perhaps they are counting the same expenditure several times, or else adding together public and private expenditure (with a leverage effect which would turn all the speculators on the planet pale with envy), and in most instances, all at the same time. These practices must stop. Europe is in mortal danger if it does not demonstrate to these citizens that she is capable of mobilising in the face of Covid, at least to the same extent as it did for the banks.

This is due both to the new asset purchasing programme (PEPP, Pandemic emergency purchase programme) and to the increased use of previous programmes (especially PSPP, Public sector purchase programme). See below for the breakdown by country (always with as target the ECB capital keys based upon country GDP) : https://www.ecb.europa.eu/mopo/implement/omt/html/index.en.html

-- via my feedly newsfeed
Posted by The Red Caboose at 6:28 AM