On several occasions in the last two years, Donald Trump has made blunt threats against The Washington Post and its billionaire owner, Jeff Bezos.

Since buying the Post from the Graham family in 2013, Bezos has reinvested handsomely in the newsroom, while keeping his hands off editorial matters. As the Post has done its job, becoming a thorn in Trump's side, the president has issued dark warnings against the source of Bezos's spare billions, Amazon. But curiously, Trump's administration has not acted on these threats. And therein hangs a tale.

Bezos made his massive fortune the old fashioned way, as a monopolist. Amazon has nasty, predatory habits of bullying sellers that don't meet its terms, vacuuming up potential competitors, and of course keeping massive information on customers that give it an unfair leg up on its rivals.

In the last few years, Amazon has decided that it wants to be the retailer of choice for virtually everything. When an innovator comes up with a clever idea, Amazon copies it, underprices it and then uses its immense market power to crowd it out.

Sweden Shows No Country Is Immune To Far-Right, Anti-Immigrant Backlash

How Democrats Can Make Race A Winning Issue

Republicans Can Honor John McCain By Putting America Before Trump

See all from this author

There has never been a behemoth company more ripe for antitrust action than Amazon.

Or consider Whole Foods. It was bad enough when Whole Foods either acquired or drove out the leading independent organic small chains. Now, Amazon owns Whole Foods. Like a lot of shoppers, I have mixed feeling about the grocery chain. It's overpriced and pretentious, but it has a terrific selection of foods that I like, such as nice cheeses.

Or it did. Lately, the Amazon algorithms seem to have decided that the more exotic merchandise is not quite as profitable as more ordinary stuff, and have pared down the offerings.

Or take Stitchfix.com. You can send them information on your taste and budget and size in clothing, and periodically a box of stuff will arrive for you to choose from. Isn't that clever?

Amazon evidently thought so. That's why they launched Prime Wardrobe. And of course, Amazon has almost infinite data on the shopping habits of most Americans, so it can target its marketing more effectively and cheaply than rivals.

This is all predatory, anti-competitive behavior. It's neither economically efficient nor in the public interest for Amazon to own everything. The proof is the company's massive profit, known in economist-speak as monopoly rents.

The failure of Tump's antitrust authorities, at either the Justice Department or the Federal Trade Commission, to go after Amazon's predatory behavior ― which is hidden in plain view ― is emblematic of the core contradiction in the pseudo-populist Trump administration and its corporate and "mainstream" Republican allies. 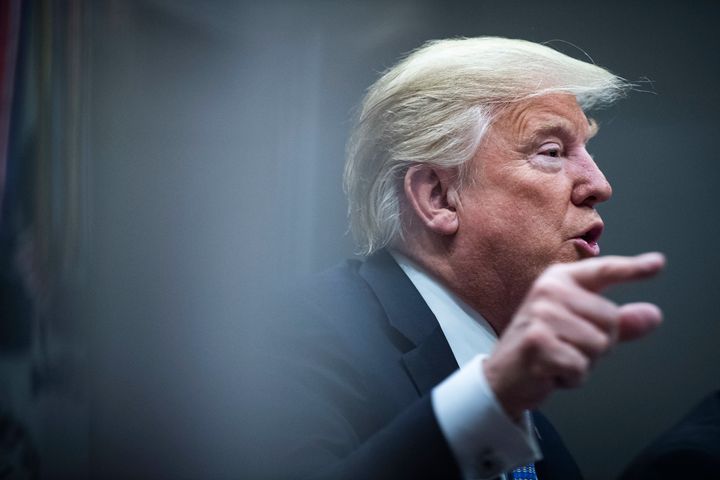 There has never been a behemoth company more ripe for antitrust action than Amazon. But ever since Chicago economic theorist Robert Bork redefined antitrust out of existence in the 1970s and 1980s by claiming that predatory behavior can't exist (because markets in their genius would fix it), the antitrust police under Democratic and Republican administrations alike have gone to sleep.

Bork, as head of President Ronald Reagan's antitrust division of the Justice Department, did more than destroy antitrust investigation and litigation. His crackpot theories brainwashed an entire cohort of law and economics professors, whose views were most congenial to corporate America.

As a new generation of legal scholars has made clear, however, traditional antitrust laws and concepts could readily be applied to the anti-competitive behavior of Amazon (and other platform monopolies such as Google and Facebook). Take a look at this terrific piece by Lina Khan.

Amazon is doing great damage to tax paying retailers. Towns, cities and states throughout the U.S. are being hurt - many jobs being lost!

So why doesn't Trump act? Instructing his appointees at the FTC and the Justice Department to launch a major investigation of Amazon would be good and entirely legitimate public policy, and it would be a defensible attack against the source of Bezos's billions.

The answer is that, when push comes to shove, Trump and his ideological allies in the Republican Party and corporate America default more to predatory robber-baron than to populist. Bezos is their kind of guy. And if you took on Bezos, you might also have to take on the predatory behavior of the drug companies, the airlines, and on and on.

Trump is also too unfocused, impulsive and disorganized to pay attention for more than the duration of a tweet, or to do anything a bit complicated. And if Steve Bannon happens to be reading this column, there is one other problem. It's just not possible to break Bezos's rice bowl.

With an estimated net worth of $158 billion, Bezos is literally the world's wealthiest person. The man is now so utterly rich that even if the antitrust authorities kept Amazon from destroying competitors and taking over the world, a few billion of his existing fortune would be sufficient to endow the Washington Post in perpetuity. Oh well.

So back to golf and tweeting. This is why a real antitrust reform agenda, despite the possible allure of sheer vengeance for Trump, awaits the next progressive Democratic administration.

Robert Kuttner is co-editor of The American Prospect and a professor at Brandeis University's Heller School. His new book is Can Democracy Survive Global Capitalism? Follow him on Twitter at @rkuttnerwrites.