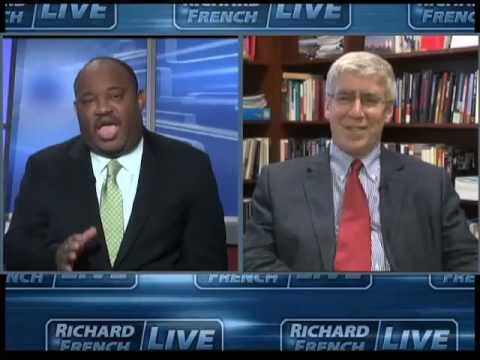 We need to reconsider the case for free speech, because the classical liberal case for it is questionable.

Our own opinions, beliefs and values should always be tested, less they become yet another kind of dogma...With each iteration, we refine our arguments and can persuade new people to our point of view.

This is true in many cases: it's why we should tolerate, and even welcome, Economists for Free Trade. But in the case Robert discusses – Richard Littlejohn's homophobia – it's not so clear. The benefits to us from decent people like Robert having a more refined opinion of the errors of homophobia are quite possibly outweighed by the threat that gay people feel from seeing homophobia normalized in the mass media.

There's something else. Mill thought that free speech would lead to intellectual progress:

[Mankind's] errors are corrigible. He is capable of rectifying his mistakes by discussion and experience. Not by experience alone. There must be discussion, to show how experience is to be interpreted. Wrong opinions and practices gradually yield to fact and argument: but facts and arguments, to produce any effect on the mind, must be brought before it.

This, though, is deeply doubtful. Facts are dismissed as "fake news" and evidence is interpreted with asymmetric Bayesianism; we are credulous about evidence that supports our prior views but sceptical of that which disconfirms it. Fact and argument lead not to the rectification of error but to stronger polarization. As Lord, Ross and Lepper concluded (pdf) back in 1979:

Social scientists can not expect rationality, enlightenment, and consensus about policy to emerge from their attempts to furnish "objective" data about burning social issues.

Our supposedly impartial media is no help here. It consistently failed to call out lies during the EU referendum, and it continues to give insufficiently critical coverage the peddlers of those falsehoods. The Brexit debate has been top of the news agenda for two years and yet no intelligent person on either side considers it well-informed.  Oliver Norgrove, a Brexiter, surely speaks for many on both sides when he decries "elected officials barely able to understand the basics", "intellectual vacuums" in both main parties and "ignorant headline-grabbers".

The "impartial" media does, however does something effectively. Cathy Newman's now-notorious uncomprehending interview with Jordan Peterson showed that it is incapable of coping with voices that don't conform to a narrow range of views. As Ryan Bourne says:

Certain viewpoints from certain spokespeople are just not heard on the media.

He's speaking from a rightist viewpoint, but I suspect his point generalizes. Many valuable perspectives – Oakeshottian conservatives, left libertarians, free market egalitarians and so on – are largely excluded from public discourse. One reason why Corbyn got such bad coverage especially early in his leadership was, I suspect, not so much that the BBC was actively hostile to him, but that it was so in thrall to a narrow Westminster-centric conception of politics that it just could not comprehend something different.

I say this with regret, but I fear Mill is no longer relevant to the debate about free speech. He was writing in an age before the mass media, when discussion was to a large extent among equals – albeit posh white men. He could not have anticipated the truth of Afua Hirsch's point:

The marketplace of ideas, like many other markets, has monopolies, rackets and biases. Long-established "suppliers" of opinions with entrenched positions in "the sector" enjoy huge advantages.

"Free speech" has become one more means through which the mega-rich exercise power to, as Simon says, seriously distort democracy.

Now, I'm not sure this is a case for repressing speech: laws will be used against the powerless rather than the powerful. Instead, what I'm saying is that we need to move beyond romantic twaddle about actually-existing free speech being a road to truth. Instead we need to ask: what would a rational, pluralistic inclusive Habermasian political discourse look like?

I agree with Paul that we need

a public sphere in which, as far as possible, all citizens have a right to express, and have heard their views, through formal democratic structures and civil society mechanisms.

This of course requires radical changes. But what sort? To what extent are they compatible with currently-existing capitalism?

Underneath those questions, however, I have a nasty one. What if the many irrationalities that distort debate now are due not just to capitalist ideology and power structures, but to innate flaws in human reasoning? What then?

-- via my feedly newsfeed
Posted by The Red Caboose at 3:02 AM