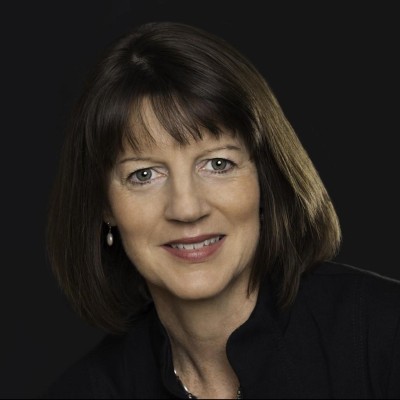 I track the world's wealthiest people and their philanthropy.

In a post on his Gates Notes blog, Gates said the fund will invest in "scientific breakthroughs that have the potential to deliver cheap and reliable clean energy to the world."

"We need affordable and reliable energy that doesn't emit greenhouse gas to power the future—and to get it, we need a different model for investing in good ideas and moving them from the lab to the market," Gates said in his post.

The announcement comes a year after the United Nations climate change talks in Paris, where Gates unveiled the Breakthrough Energy Coalition – a group of some 20 billionaire business leaders from around the world, plus institutional investors, who committed to investing in new forms of energy. The coalition partnered with Mission Innovation, a group of 20 countries and the European Union that pledged to double their investment in clean energy research over five years. Gates explained that some of the members of the coalition are investing in energy on their own, and others have joined him in the new Breakthrough Energy Ventures fund.

Why Bill Gates And Jeff Vinik Are Investing Billions To Build An Ecosystem In...

KPMGVoice:KPMGVoice: The ETF Playbook: How To Launch A Successful Fund

Photos: The Richest Person In Every State

The investors in Breakthrough Energy Ventures have a high tolerance for risk and are willing to wait longer than typical venture funds for a return on their investment -- they're calling it a 20 year fund.  The group has spelled out five "grand challenges" which it says are the biggest contributors to greenhouse gas emissions around the world:  electricity, buildings, manufacturing, transportation and food. On its website the group spells out more specific technologies within each of these challenges in what it calls the "The Landscape of Innovation." For transportation, areas to explore include high-energy-density gaseous fuel storage, high efficiency thermal engines, and low greenhouse gas air transport.

Gates, the world's richest man according to FORBES, has been an investor in various forms of new energy over the years, as have venture capitalists Doerr and Khosla. Gates invested in Pacific Ethanol back in 2005, but reportedly reduced his investment three years later; he also invested in nuclear power firm TerraPower, which has been working on building a technology called a traveling wave reactor. Khosla's firm, Khosla Ventures, bet on biofuels, including a company called Kior,  which had a technology that was designed to turn wood chips into a biofuel that could be refined; the company was reported to have filed for bankruptcy and was selling off assets in 2014.  So far just a few of the clean energy investments have yielded technologies that are being more widely adopted or that have been financially very successful. That underlines the challenges this fund faces: It's not easy to select or develop successful new clean energy technologies. Yet Gates and others are optimistic that it's possible.

On a media call with Bill Gates, John Doerr, Vinod Khosla and John Arnold, Gates and others mentioned that there are lessons to be learned from the past decade of investing in clean energy. Gates highlighted the need to fail fast and not spend vast sums on large factories or refineries that might not work.  Khosla pointed out several successful investments in the sector, including smart thermostat firm Nest (which was acquired by Google for $3.2 billion in cash in 2014), energy efficiency firm Opower (which Oracle purchased for about $530 million in May 2016), and fuel cell firm Bloom Energy, which Khosla said is worth "billions of dollars."

Perhaps the most well known clean tech company is electric car firm Tesla Motors, which now sports a market capitalization of $33 billion. If the Breakthrough Energy Ventures fund can back several companies like Tesla (in other sectors), that would be a win. Doerr said the fund will invest in both early stage companies and growth stage companies.

In addition to the investors, Gates said that companies like Southern Co. and oil and gas company Total would serve as strategic partners that will help the fund figure out whether it's backing technologies that industry will adopt.

--
John Case
Harpers Ferry, WV
The Winners and Losers Radio Show
7-9 AM Weekdays, Eastern Panhandle Independent Community (EPIC) Radio Stream,
Sign UP HERE to get the Weekly Program Notes.
Check out Socialist Economics.
Check out The EPIC Radio website
Posted by The Red Caboose at 10:15 AM