James Zogby: My Role with the Democratic Platform Drafting Committee

My Role With the Democratic Platform Drafting Committee 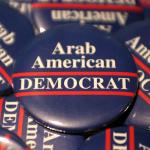 I wasn't going to write about this subject, but something happened yesterday over lunch that prompted me to reconsider.

I was having a peaceful meal with my wife when two men sat down in the next booth. In loud voices they began to discuss the state of the presidential contest. At one point, the gentleman directly behind me said, "and Sanders picked that Cornel West and that guy who's the head of the Arab League who has it in for Israel...".

That did it. I spun around and said, in a polite but firm voice, "I'm that guy. I'm not the head of the Arab League and I'm asking you to change the subject now." Shocked, the man responded "you're him!" and began asking me questions. I cut him off making it clear that I was having lunch and wasn't interested in pursuing the matter. They promptly changed the subject, as I had requested. After we finished eating, I turned to the two men and explained who I was and why I found the crude description of me to be so aggravating.

In some ways I fault The Washington Post and other mainstream news outlets for having unleashed the mini-firestorm that followed my recent appointment to the Democratic Party's platform drafting committee. When I first heard from DNC Chair

Debbie Wasserman-Schultz that I was to be named to the committee, I held my breath, fully expecting an attack from the usual collection of far-right, anti-Arab, and hardline pro-Israel groups. Sure enough, they didn't disappoint. I was called "a professional Israel-hater", "a defender of terrorism", "Bernie's Svengali", and it was claimed (falsely) that I had "accused Israel of committing a Holocaust".

This, unfortunately, is what I have learned to expect from that crowd. What, however, I found most troubling was the first headline that appeared in The Washington Post announcing "Sanders picks pro-Palestinian activist for Democratic platform committee". With this, the die was cast. Other major newspapers and media outlets followed suit framing the entire discussion of the platform and my appointment around Israel/Palestine—culminating in a call I received yesterday, right after lunch, from a journalist who asked if he was right in assuming that Bernie had appointed me as his hatchet man on this Israel.

I am, of course, a strong supporter of Palestinian rights, so is Bernie Sanders, and so, according to a recent Gallup poll, are a majority of Democrats. But the crude effort to reduce Sanders' entire campaign and my entire life's work to an effort to "get Israel" betrays an unsettling anti-Arab bias and a bizarre obsession to which I must respond. It does damage to Sanders, to me, and to our nation's ability to have an honest conversation about a critical issue of importance.

By focusing exclusively on Israel and ignoring all of the other concerns that Sanders has brought to this year's presidential campaign, the press does a grave disservice to his efforts to elevate the issues of universal health care, free college tuition, raising the minimum wage, investing in clean energy, rebuilding our crumbling infrastructure, and making Wall Street pay its fair share in taxes. This is a not so subtle attempt to demean the man and dismiss his candidacy as marginal.

The same is true for me. In response to the question from the editorial writer as to why Bernie may have appointed me, I recited a bit of my resume. To be sure, I am the proud founder of a number Arab American organizations, but I have also served on the DNC for 23 years. I have been on the DNC Executive Committee for the past 15 years; co-Chaired the DNC Resolutions Committee for the past 10; and have chaired the party's Ethnic Council since 2009. I served as Ethnic Outreach Advisor to both the Gore 2000 and the Obama 2008 Campaigns. And President Obama has twice appointed me to two-year terms on the US Commission on International Religious Freedom.

When the mainstream media and the far-right groups converge in turning my entire life's work into a one-dimensional caricature—"pro-Palestinian activist"—they are not complimenting me. They are setting me up. Make no mistake, I am proud of my advocacy for Palestinian rights, but given the political climate in which we live, such crude reductionism lays the predicate for political exclusion, violence, and threats of violence. Over the years, Arab Americans have suffered from all of these challenges to our rights. I know. I've been there.

When I spoke in favor of a two-state solution in 1988, before this position became fashionable, I was told by Democratic Party leaders "you'll never have a place in this party again". Following that year's convention, Michael Dukakis rejected the endorsement of our Arab American Democratic Federation saying "it was too controversial". When, in 1990, Ron Brown, then Chair of the DNC, came to speak at an Arab American event I was hosting (becoming the first party chair to attend an Arab American event), he told me that he was threatened with a loss of financial support "if you even go into the room with those people".

And then there is the violence. The first time I received a death threat was 1970. My office was fire-bombed in 1980 and after 9/11 three men went to jail for threatening my life and the lives of my children. In every instance, the perpetrators claimed to be striking out for reasons to do with my ethnicity and/or Israel. Now, in the wake of the announcement of my platform committee assignment, the hate mail (but, thank God, no threats) has started up again.

Even beyond this danger, by silencing my community and marginalizing us because we might dare to advocate for Palestinians, there is the damage that this hysteria does to our national discourse. For example, I have been denounced for criticizing Israeli Prime Minister Benjamin Netanyahu, but my writings on this subject are not unlike those written by Israelis and some in the American Jewish community. At issue, it appears, is not what we are saying, but that we are the ones saying it. We are accused of "singling Israel out", while in reality it is our critics who are singling out this issue as the only one we cannot discuss.

In addition to all of the other critical issues Bernie Sanders has raised, he has done our nation and the cause of peace a service by bringing the matter of Israel/Palestine into the national debate. It belongs there and deserves to be discussed on its merits, without rancor and without fear. I am proud that Sanders has demonstrated the courage to do this and I am confident that if we work together on the platform committee with openness and mutual respect we can forge a new consensus that reflects the will of the majority of Democrats on all of the critical issues facing our country—including the way forward to articulating the principles that would help us achieve a just and lasting solution to Israeli-Palestinian conflict.

Dr. James J. Zogby is the author of Arab Voices (Palgrave Macmillan, October 2010) and the founder and president of the Arab American Institute (AAI), a Washington, D.C.-based organization which serves as the political and policy research arm of the Arab American community.

John Case
Harpers Ferry, WV
The Winners and Losers Radio Show
7-9 AM Weekdays, WSHC-Listen Live, Shepherd University
Sign UP HERE to get the Weekly Program Notes.
Posted by The Red Caboose at 4:25 AM